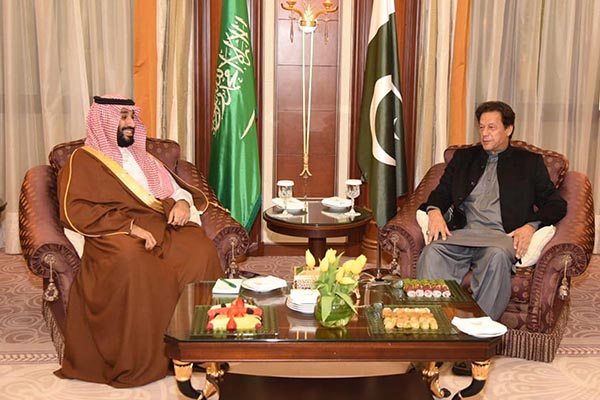 Gulf kingdom had granted a $3 billion soft loan to Islamabad in 2018 with a maturity of three years; the loan has been repaid early

Pakistan has repaid another $1 billion of a $3 billion soft loan to Saudi Arabia, availing $1 billion financing from China to do so, according to officials privy to the development.

The Gulf kingdom gave Islamabad a $3 billion loan, as well as a $3.2 billion oil credit facility in late 2018 when the incumbent Pakistan Tehreek-e-Insaf government sought to stave off an International Monetary Fund bailout by securing funds from allied nations. A few months later the government was forced to seek an IMF bailout, with Prime Minister Imran Khan describing the delay as one of the “biggest mistakes” of his administration.

The Saudi money was deposited in the State Bank of Pakistan to shore up reserves and had a three-year maturity period. Of the $3 billion loan, Pakistan has now repaid $2—$1 billion was repaid in the first quarter of the current fiscal year, reportedly at the request of Saudi Arabia.

According to the government, this is a result of the oil-dependent Saudi Arabia feeling the pinch of reduced oil prices globally and the COVID-19 pandemic. However, observers have said that it is rare for Saudi Arabia to ever push for repayment and the request could have been prompted by foreign policy concerns arising from government lawmakers criticizing the Gulf kingdom for not speaking out more forcefully about the Kashmir issue.

Sources say the remaining $1 billion of the loan would be repaid next month. There has been no official statement about the loan from either China or Saudi Arabia.