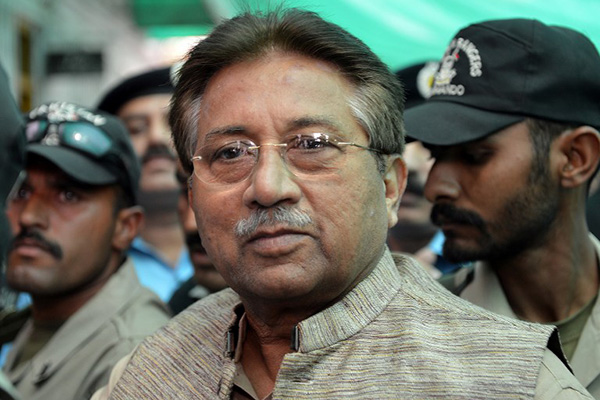 Former president and Army chief Pervez Musharraf was granted bail on Monday over the murder of Benazir Bhutto, an official said, but the retired general remains under house arrest.

“General Musharraf’s bail has been confirmed” by an antiterrorism court in the garrison town of Rawalpindi, court official Mohammad Aslam Joya said. Judge Habibur Rehman has ordered Musharraf, who ruled Pakistan from 1999 to 2008 after seizing power in a coup, to pay two bonds worth Rs. 1 million ($10,000) each, he added.

Musharraf has been detained in his farmhouse on the edge of Islamabad since April 19 on charges of conspiracy to murder two-time prime minister Bhutto, who was assassinated in a gun-and-bomb attack in 2007 in Rawalpindi. The bail does not mean his automatic release as he also faces legal cases over the sacking of judges when he imposed emergency rule in 2007, and the 2006 death of a Baloch rebel leader.

Musharraf’s government blamed Bhutto’s killing on Pakistani Taliban chief Baitullah Mehsud, who denied any involvement and was killed in a U.S. drone attack in 2009.

Musharraf returned from exile in March to stand in last week’s general elections, vowing to “save” the country from militancy and economic collapse but he was barred from running over charges dating back to his time in power.

every one knows that he is leaving before nawaz shafir would be PM.