Prisoners to Our Cowardice 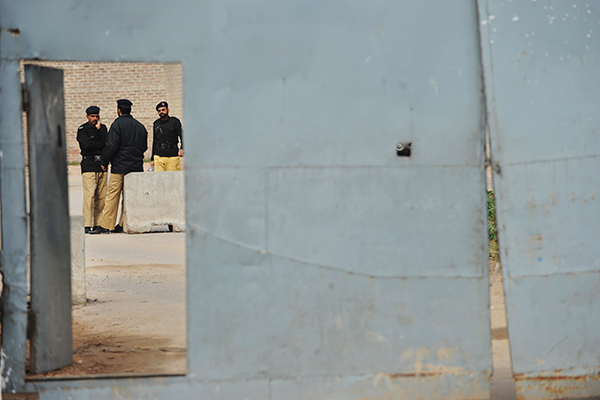 When prosecutors and judges ball up and actually put terrorists behind bars, there’s another problem: many of the worst jailed radicals end up influencing prison guards with their “Islamic” sermons. We’ve seen this before with Omar Saeed Sheikh, convicted for his involvement in the beheading of The Wall Street Journal’s Daniel Pearl and who has been ruling the roost in Hyderabad Jail. And we’re seeing it again with Mumtaz Qadri, the self-confessed, unrepentant assassin of Gov. Salmaan Taseer. In September, according to a recent internal-affairs report, Qadri goaded Adiala Jail guard Muhammad Yousaf into shooting a mentally ill 70-year-old inmate accused of blasphemy. It took only two weeks for Qadri to turn Yousaf, one of three guards who received “religious education” from him. The report says Qadri is “greatly respected” in jail and treated like “royalty”—revelations that don’t augur well for other inmates or the police. If the state, because of its abject cravenness, cannot bring itself to execute sociopaths like Qadri, it must at least throw him into solitary before more lives are lost.