PTI Hits Back at PPP Chairman 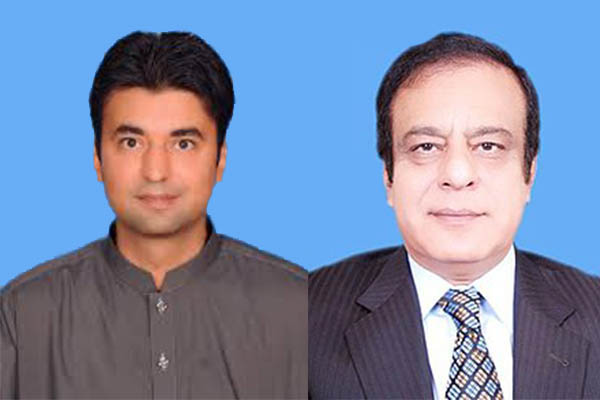 Two lawmakers of the incumbent Pakistan Tehreek-e-Insaf took it upon themselves to respond to Pakistan Peoples Party Chairman Bilawal Bhutto-Zardari on Monday, advising him to stop trying to distract the public and respond to allegations of corruption by his family.

In his press conference, the PPP leader had alleged that the PTI was the “most corrupt” government in Pakistan’s history, and accused the National Accountability Bureau of harassing opposition leaders while ignoring the malfeasance of PTI-linked personalities, including Prime Minister Imran Khan’s sister, Aleema Khan.

In the first response, by Communications Minister Murad Saeed, Bhutto-Zardari was challenged to a “public debate.” Saeed claimed the PPP had resorted to this press conference to distract the public from its links with Lyari gangster Uzair Baloch, as alleged by an unverified Joint Investigation Team inquiry report leaked by Maritime Affairs Minister Ali Zaidi.

“Let us debate anywhere any topic of your choice but you have to listen to me till the end,” the minister said, as he slammed the PPP chief for being a “child” who had come into politics without any struggle.

In a tit-for-tat, Saeed accused the PPP leadership of corruption, and claimed no one could level any allegations of corruption against Prime Minister Imran Khan.

Separately, Information Minister Shibli Faraz issued a video statement in which he claimed Bhutto-Zardari was acting out of frustration because he lacked a concrete political agenda to unite his supporters around.

Condemning the PPP chairman for using “derogatory language” against the prime minister and his sister, Faraz claimed the P.M.’s sister was not a politician and should not be used for point-scoring. “The use of such kind of language about a woman is a very despicable act,” he said, adding that being the son of “Mr. 10 Percent” Bhutto-Zardari had no right to accuse the prime minister of corruption.

“We strongly condemn Bilawal’s allegations. He should not say such things. He was either asleep or ignorant of the ground realities,” he claimed, adding that a party that had been restricted to a single province should not comment on national matters.