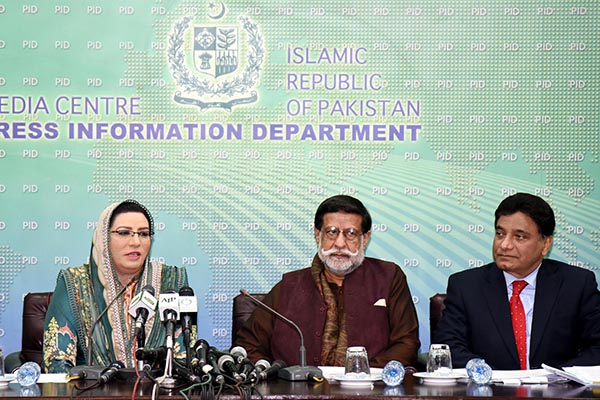 The Pakistan Tehreek-e-Insaf-led government on Wednesday revealed plans to privatize 33 state-owned entities within the current fiscal, with the privatization minister saying proceeds from such transactions will be spent on debt servicing and public welfare projects.

Addressing a press conference alongside Special Assistant to the P.M. on Information Firdous Ashiq Awan, Privatization Minister Mohammadmian Soomro said the current plans call for auctioning of 27 state-owned properties in the current quarter.

According to Soomro, investors from Japan, Thailand, the United Kingdom, Malaysia and Pakistan have expressed interest, thus proving foreign investors are keen to enter the Pakistani market.

The minister said the government was also divesting stakes in public-sector enterprises, including up to 7 percent in the Oil and Gas Development Company (OGDC) and 10 percent of the Pakistan Petroleum Limited (PPL).

Privatization Secretary Rizwan Malik, who was also at the press conference, claimed foreign investors had expressed interest in taking ownership of several public-sector enterprises. A plan to revive the struggling Pakistan Steel Mills has also been finalized to reduce its losses and boost investment, he added.

Malik said the privatization process was proceeding slowly to ensure efficiency as well as transparency. “The government is following privatization ordinance, Public Procurement Regulatory Authority (PPRA) rules and past court judgments while carrying out the privatization of state-owned entities,” he added.

The bureaucrat said the ministry had also decided to transfer three government-owned properties to the Naya Pakistan Housing Scheme for low-cost housing.

Assistant to the P.M. Awan, meanwhile, said the government accorded great priority to transparent and profitable privatization of state-owned entities. She said Prime Minister Imran Khan wanted to privatize struggling industries to reduce their burden on the public exchequer. She also claimed privatization would help lessen the problems of inflation and unemployment.

She said the properties given to the Naya Pakistan Housing Scheme would benefit the construction sector, boosting 42 allied industries.

The privatization of guests houses owned by pakistan post office, wapda and establishment division will also be beneficial for the country as these guests houses has no relation with the working of these departments.