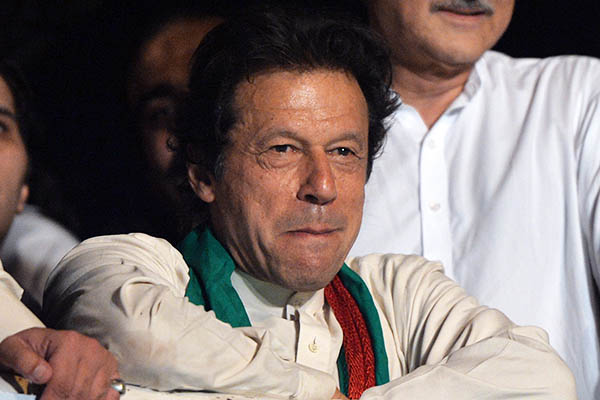 Workers from cricketer-turned-politician Imran Khan’s Pakistan Tehreek-e-Insaf party shut down major roads in Lahore on Monday in the latest round of protests against the government.

Dozens of supporters from the PTI gathered at different junctions of the city’s major roads and burnt tyres, forcing the suspension of public transport services.

Khan claims the 2013 general elections were rigged and wants Prime Minister Nawaz Sharif, whose power base lies in Lahore, to resign. Local and foreign observers, however, have rated the polls as credible.

A heavy police presence is on the streets to try to prevent violence, following clashes at a similar protest in Faisalabad last week. “A contingent of 15,000 police personnel have been deployed in the city to avoid any untoward incident,” said senior police official Haider Ashraf.

Khan has vowed to paralyze major cities around the country as part of his efforts to topple Sharif’s government. A lengthy sit-in protest outside Parliament in Islamabad in late August and early September led to brief violent clashes and destabilized Sharif’s government.

Khan has warned that he and his supporters will paralyze the entire country on Dec. 18 if their demands are not met.