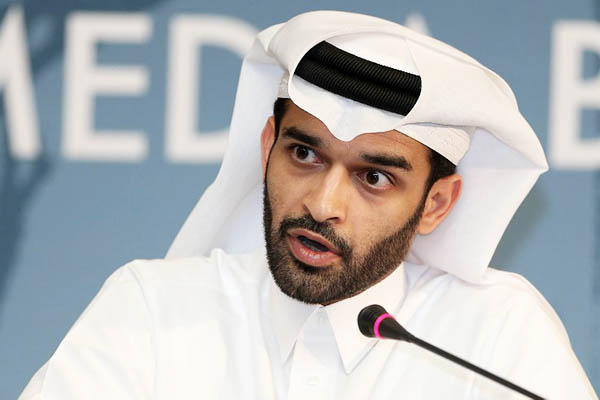 Organizers claim they have complied with all investigations into the bid amid rising concerns over widescale corruption in FIFA.

A statement from Qatar’s Supreme Committee for Delivery & Legacy, which oversees the planning of the World Cup in the Gulf state, read: “We wish to reiterate that we have fully complied with every investigation that has been initiated concerning the 2018/2022 bidding process and we will continue to do so, should this be requested. We conducted our bid with integrity and to the highest ethical standards.”

It added: “Our aim through hosting the FIFA World Cup is to utilize the positive power of sport to unify people and demonstrate the passion for football in our region to a global audience. We share FIFA’s vision that football has a unique power to unite. We believe that an event of this magnitude can and should serve as a platform for accelerating positive change and our belief in these principals remains steadfast.”

It is the first official statement made by Qatar since the dawn arrests some 48 hours earlier of seven FIFA officials in their Zurich hotel, prompting the most serious crisis faced by football’s governing body. Those arrested officials now face extradition to the United States where they are accused of allegedly accepting bribes worth tens of millions of dollars.

Following the arrests, Swiss investigators separately announced they are looking into the awarding of the 2018 and 2022 World Cups to Russia and Qatar. This ensured that, once again, the spotlight was shone on tiny Qatar’s controversial hosting of football’s premier tournament in seven years’ time.

Qatar’s bid has consistently faced accusations of corruption as well as human rights concerns over treatment of laborers building stadiums and other World Cup infrastructure in the Gulf. Earlier this month it faced international criticism after a team of BBC journalists invited to Qatar to examine the living conditions of workers building World Cup infrastructure ended up being arrested and detained without charge.

Qatar’s successful bid was originally to host the tournament in the months of June and July but a FIFA decision earlier this year decided on an unprecedented switch to play the tournament in the months of November and December 2022 because of the extreme summer temperatures in the Gulf. Qatar’s statement was released at almost the same time the FIFA congress to elect a new president got under way on Friday in Zurich.

Baloney!
The games will bear the blood, sweat and tears of many poor Asian laborers, many of whom will not be able to afford to witness the games.