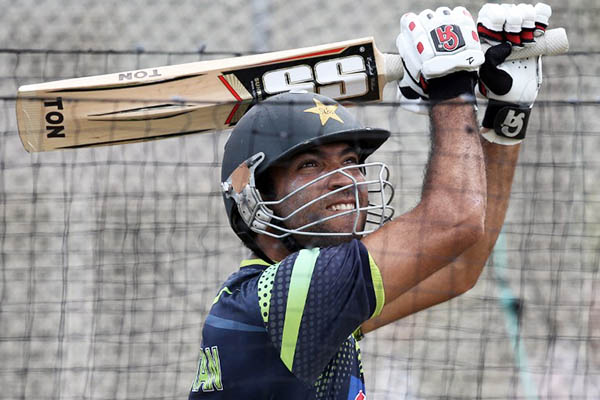 Qatar is poised to move into the lucrative international Twenty20 cricket market as the venue for the inaugural Pakistan Super League, officials said Tuesday.

The head of the Qatar Cricket Association, Gul Khan told AFP there was a “70 percent” chance Doha would host the tournament, to be played in February 2016, following three days of talks with the senior members of the Pakistan Cricket Board (PCB) over the weekend.

PCB officials are expected to return to Qatar in early September when a final decision will be taken. “We want some big international tournaments here,” Khan told AFP. “This is a good experience for everybody. It’s good for Qatar, it’s good for cricket.” He added that “big players, big names” would take part in the tournament.

The PCB is looking for a venue after its first choice of the United Arab Emirates gave priority to a separate tournament involving former players.

Details of the Super League tournament have yet to be finalized, said Khan, but there will be at least five teams. Most of the players are expected to be from Pakistan but Khan added they would be looking to bring in players from other major cricket nations including India, Australia and England.

Media reports from Pakistan earlier this month claimed the PCB would in September begin the bidding process for selling team franchises, as well as broadcasting and merchandising rights.

The tournament would be played at Doha’s Asian Town Cricket Stadium, which has a 14,000 seat capacity, and it is likely all games would be day/night matches.

The event should prove popular among Qatar’s huge Asian community.

There are around 90,000 people from Pakistan living in Qatar, a number which is expected to rise in the near future with the influx of more workers needed for the huge number of infrastructure projects taking place in the super rich Gulf state.

In addition, there are large numbers of people from other strong Asian cricketing nations including more than half a million residents from India, 150,000 from Bangladesh and 100,000 from Sri Lanka.

Khan said it was hoped that the super league could attract spectators from nearby U.A.E. The tournament could also pave the way for Qatar to host Pakistan test matches, said Khan.

Currently Pakistan plays its test matches outside the country because of security concerns. Pakistan will play Ashes winners England in a three-match test series in the U.A.E. in October and November.

If the negotiations secure the tournament in Qatar, it will reinforce the Gulf state’s position as a major sporting hub. As well as the 2022 football World Cup, Qatar is set to host the World Athletics Championships in 2019, and last year hosted the short-course World Swimming Championships.

Officials will announce within the next month if Qatar will bid to host the 2024 Summer Olympics.