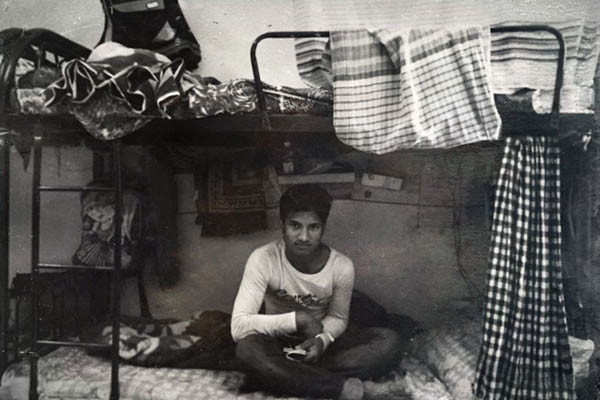 A migrant laborer in his room at a private camp housing workers in Qatar. Marwan Naamani—AFP

FIFA World Cup 2022 host Qatar, long criticized over the treatment of its vast migrant workforce, has decided to establish a panel to oversee labor disputes, state media reported on Thursday.

The ministry of administrative development, labor and social affairs will set up the committee, with a judge at its head. Two ministry officials will also sit on the panel, under a cabinet decision. “The committee is charged with settling all disputes related to the provisions of the labor law or a work contract in a period not exceeding three weeks,” a statement on the Qatar News Agency said.

An appeals committee, also headed by a judge, will be established as well.

The cabinet’s decision taken at its weekly meeting on Wednesday is the latest labor reform announced by Qatar. The government has introduced a three-month amnesty—that expires in December—for illegal undocumented workers in Qatar to leave the Gulf country.

And at the end of this year, Doha is expected to announce long-awaited changes to the much-criticized “kafala” sponsorship system, which places restrictions on workers’ ability to change jobs and travel. It is expected to be replaced by a contract system.

However, the reform is unlikely to appease human rights and trade union critics, who have said the proposed changes do not go far enough. Qatar has an estimated 1.6 million migrant workers, more than 85 percent of the entire workforce, according to government figures released at the end of 2015.