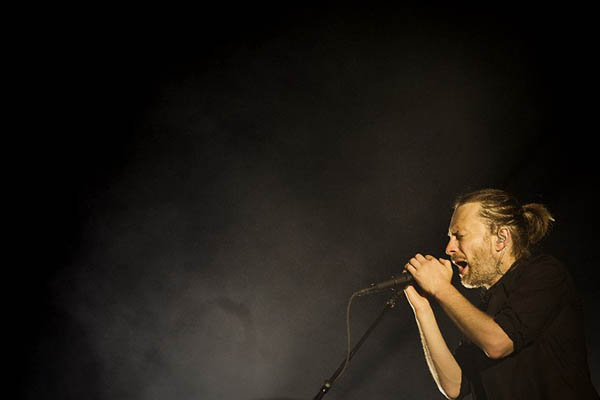 Ninth studio album will be released digitally on Sunday.

After months of cryptic signals, Radiohead has finally announced a Sunday release for the band’s long-awaited ninth album.

The British experimental rockers on Friday released a dark second single, entitled “Daydreaming,” with a message on their website: “Taken from our album released digitally Sunday” at 1800 GMT.

Radiohead revealed little else, including the title, but the band was expected to unveil an album shortly as the rockers open a tour of select cities on May 20.

In one shift for Radiohead, the band released “Daydreaming” as well as the first single, “Burn the Witch,” on streaming services including Spotify despite frontman Thom Yorke’s long vehement criticism of the companies’ compensation to artists.

It remains to be seen if the entire album will be available through streaming. Radiohead has experimented widely on how to release albums. In 2007, they allowed listeners to pay whatever they chose to download In Rainbows.

Sunday’s album will be Radiohead’s first since 2011’s The King of the Limbs, which played with traditional song structure by using as a base a loop of previously recorded music.

On “Daydreaming,” Radiohead put electronic elements largely in the background with the song building on morose piano chords and culminating in strings.

An accompanying video follows Yorke on a walk through stages of life, including a hospital delivery room, a school and a well-stocked Western grocery store. He finally emerges in snow-covered mountains, with the six-and-a-half-minute song climaxing in Yorke mumbling an indecipherable, digitally altered message.

The ending quickly fascinated fans who isolated the section. Played backward, it sounds as if Yorke is saying, “Every minute / Every minute / Half of my love.”

Fans have been waiting for months for signs of the new album. Next month’s Primavera Sound festival in Barcelona had said in January that Radiohead would be presenting a new album, but the wording was changed shortly afterward.

Radiohead has sold more than 30 million albums since emerging in the heyday of alternative rock in the early 1990s. But the band soon swapped guitar rock for more electronic and experimental sounds starting with 1997’s influential album OK Computer.