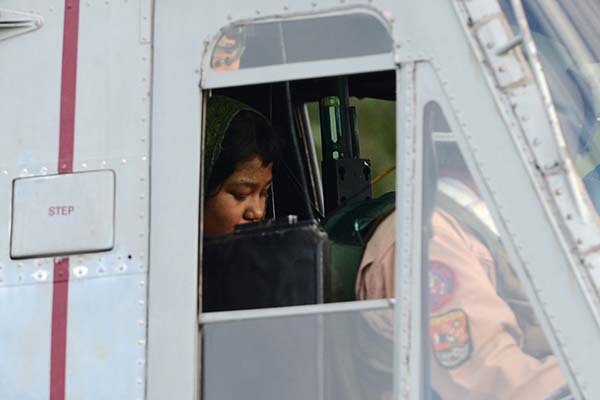 A Pakistani Christian girl falsely accused of blasphemy last year, forcing her into hiding for fear of her life, has moved to Canada, an activist said on Sunday.

Rimsha Masih could have faced life in prison if convicted over allegations that she set fire to pages of the Quran in the poor, run-down neighborhood where she lived on the edge of Islamabad.

She was arrested last August and spent three weeks on remand in Rawalpindi’s Adiala Jail in a case that drew widespread international condemnation. She was released on bail and the case against her was quashed in November, but she and her family were forced into hiding, living under government protection.

But a Christian activist in Pakistan says that Rimsha and her close relatives have now moved abroad. “Rimsha and her family have arrived in Canada,” Sajid Ishaq said. “The Canadian government is supporting them. They are presently doing a foundation course to learn basic English,” he said.

Basharat Masih, a Pakistani policeman who said he had been assigned to Rimsha’s protection, also confirmed that they had left. “They are being taken care of by the Canadian government and attending church services,” he said.

Blasphemy is an extremely sensitive issue in Pakistan, where 97 percent of the population is Muslim. Insulting Islam’s Prophet can be punished by death. Even unproven allegations can provoke a violent public response and activists say the legislation is often used to settle personal disputes.

Local media said Rimsha was as young as 11, but an official medical report classified her as 14 years old and “uneducated,” but with a mental age younger than her years.

Pakistani Christian leaders last year paid tribute to Muslim clerics, members of the media, and civil society for highlighting the injustice done to Rimsha. Cleric Hafiz Mohammed Khalid Chishti, an imam at the local mosque in her neighborhood, has been accused of desecrating the Quran and tampering with the evidence against her.

In 2011, politicians Salmaan Taseer and Shahbaz Bhatti were assassinated for demanding that the blasphemy law be reformed. Aasia Noreen, a Christian mother of five, remains in prison after being sentenced to death in November 2010 after other women claimed she made derogatory remarks about Islam’s Prophet.