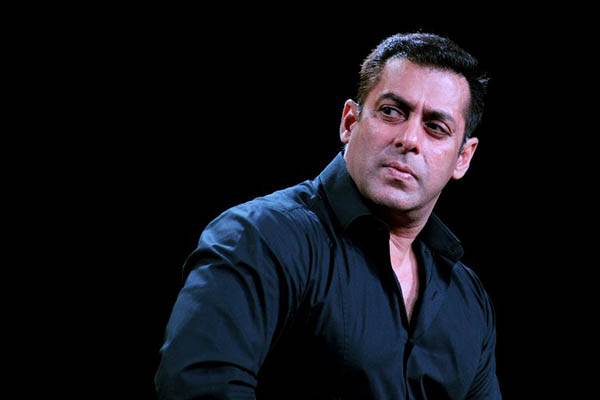 He’s been accused of killing a homeless man, shooting dead an endangered animal and assaulting a former Miss World but it seems nothing can stop the box office appeal of Bollywood bad boy Salman Khan.

The Indian superstar’s latest blockbuster smashed records this week, just over a fortnight after he sparked fresh controversy by saying his heavy training schedule for the film left him feeling “like a raped woman.”

Sultan, in which Khan plays an ageing wrestler, enjoyed the highest-grossing opening weekend in Hindi cinema history, proving that for his legions of fans the body building actor can do no wrong.

“I watch every Salman film. I love him. He is the reason I am in this profession,” said Abhishek, a buff Mumbai fitness trainer.

The actor known as “bhai” enjoys a cult-like status in star-obsessed India, with the majority of his devotees young men who envy Khan for being unmarried at 50. They are largely from Mumbai’s mass of migrant workers who eke out a hardscrabble living in the sprawling financial capital but dream of a more glamorous life.

Invariably, they emulate his hairstyle and fashion, wearing pirated t-shirts emblazoned with Khan’s charity “Being Human.” At weekends they gather outside his home where Khan waves at fans from his balcony. “He has always been the poster boy of a large section of the youth population,” filmmaker Nikkhil Advani, who directed Khan in 2007 romantic drama Salaam E Ishq, told AFP.

The majority of his fans is not on Twitter and is immune to social media outcries such as the one Khan sparked last month when his rape analogy made to a local news site went viral. Khan has not apologized for the comments, as demanded by India’s National Commission for Women, but his father Bollywood screenwriter Salim Khan made an apology of sorts on his son’s behalf.

Khan has starred in more than 100 films and television shows since his first hit Maine Pyar Kiya in the 1980s. But his personal life has long been dogged by controversy. Although he was cleared last year of killing a homeless man in a late-night hit-and-run crash in 2002, that decision is now being challenged in the Supreme Court.

Khan is also battling allegations he used unlicensed arms to shoot an endangered Indian antelope for which he spent a week behind bars in 1998. His image also took a hit when former Miss World and Bollywood actress Aishwarya Rai accused Khan of assaulting her during a relationship, which ended more than a decade ago. Khan has denied ever hitting any women.

The controversies haven’t stopped him becoming one of Bollywood’s most bankable stars with Sultan making over two billion rupees in the week since its July 6 release, according to industry estimates. Khan earned more than $33 million in 2015 alone. His earnings have been boosted in recent years by regularly playing the lead in India’s annual Eid blockbuster, capitalizing on one of the year’s major holidays.

Director Kabir Khan, who worked with Khan on the movie Bajrangi Bhaijaan, believes his misdemeanors hint at a “vulnerability” that audiences relate to. “He makes politically incorrect statements but that seems to endear him to audiences who see him the way he is,” he said. “He’s immensely popular because he wears his heart on his sleeve, he’s a bad boy and a brat, but then he does all this good work with Being Human. His fans stand by him and overlook many of his indiscretions by saying his heart is in the right place.”

Khan describes himself as a “humanitarian” on his Twitter profile and filmmaker Advani believes his “image makeover” has helped him persuade fans “to feel that he was always misunderstood and somewhat scapegoated.”

Khan’s following has been enhanced by his hosting of the Indian version of reality TV show Big Brother. He’s also won praise for taking on difficult roles, such as Sultan, where his weight fluctuates wildly. “He isn’t just playing safe and holding on to the success, unlike some of his peers,” said Kabir Khan. “Audiences are responding to that effort and he’s attracting audiences outside of the cult followers, including women and children. His fans are growing.”