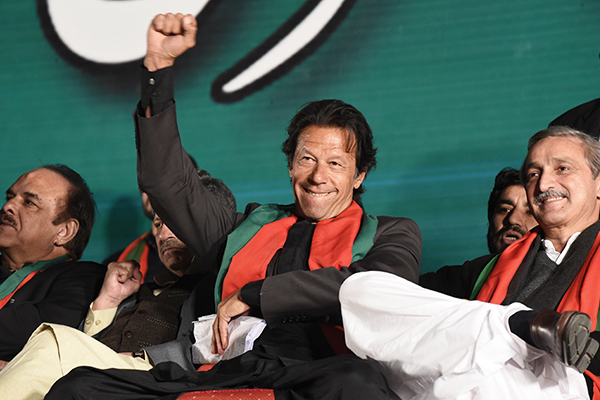 Khan at his Nov. 30 rally in Islamabad. Banaras Khan—AFP

Imran Khan and his PTI have been raging in the streets against Nawaz Sharif’s government since Aug. 14, decrying last year’s elections as “rigged.” At Islamabad on Nov. 30, just as talk about Khan’s lack of options was catching on, he managed to up the ante. His “Plan C”—the threat to “shut down” Lahore, Faisalabad, Karachi and then the entire country—is not implausible; this tactic has been used by the PMLN and PPP in the past and it has been mastered by the MQM. Because of this history, the government, which initially responded by refusing talks with the PTI, relented. Khan has rescheduled the “shutdowns” (at the request of the Jamat-ud-Dawah), and has also offered to postpone or cancel the first “shut down,” in Faisalabad on Dec. 8, if the government installs a judicial commission to probe rigging charges.