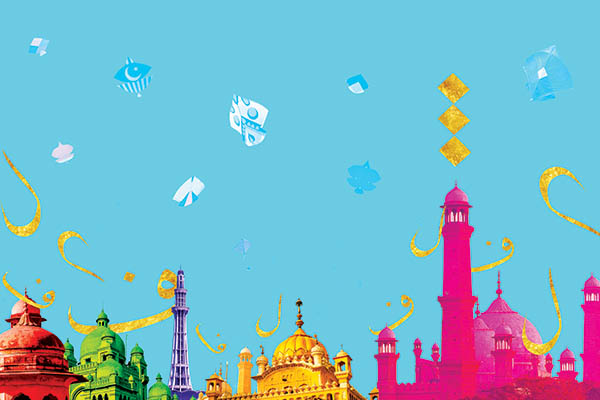 The seventh annual Lahore Literary Festival (LLF) will kick off on Friday, Feb. 22, 2019, at the Alhamra Arts Center, Mall Road with over 160 delegates from Pakistan and abroad in 75 sessions over three days.

Concluding on Sunday, Feb. 24, the three-day event will commence with an opening ceremony on Friday at 3 p.m., which will be followed by a keynote address on the life and legacy of Faiz Ahmed Faiz by acclaimed Urdu poet Zehra Nigah.

The second day of #LLF2019, commencing at 11 a.m. on Feb. 23, will feature five hour-long parallel sessions throughout the day, ending at 7 p.m. As in years past, Saturday’s sessions will celebrate regional languages alongside sessions in Urdu and English. A session on literature and Sufism in Khyber-Pakhtunkhwa will commemorate the life of poet Hamza Shinwari.

The day kicks off with sessions on inequality with the UNDP, Punjabi lok geet, the art of Lahore-based Farida Batool, and a discussion on journalist Nasim Zehra’s explosive book on the fallout from the Kargil War. It will also feature sessions with journalist Sanam Maher on her book on the life of Qandeel Baloch; Ahmed Rashid in conversation with historian Eugene Rogan and book launches by Kamin Mohammadi, Zulfiqar Kalhoro, Anissa Helou, Jamal Mahjoub, Harriet Sandys, Iftikhar Salahuddin, Mirza Waheed, Sabyn Javeri, Soniah Kamal, H.M. Naqvi, and Leila Aboulela.

Actors Iqra Aziz and Atiqa Odho will discuss the perceived misogyny of Pakistani drama serials, while historian Ayesha Jalal will discourse on Kashmir alongside Anam Zakaria, who recently published a book with interviews from residents of Pakistan-administered Kashmir. Award-winning essayist Pankaj Mishra will discuss his book, The Age of Anger, with author Mohsin Hamid. Royal Library Curator Emily Hannam and noted literary historian Francesca Orsini will discuss the Padshanama, a manuscript of some of the most famous Mughal paintings ever created. The day will conclude with a film screening of director Umar Riaz’s Some Lover to Some Beloved and a performance by Spanish guitarist Raul Viela.

The third and final day of LLF 2019 will feature book launches by Sarvat Hasin, Zarrar Said, Omar Khan, Shadab Zeesht Hashmi, Aisha Farooqui, Ayesha Baqir, Lalage Snow, Tahmina Aziz Ayub, Isambard Wilkinson, Ayesha Khan, Maheen Usmani, and Harris Khalique. It will include sessions on Pakistani drama serial Chaand Gharain, with actor and producer Sarmad Khoosat, and Harvard University’s Spiro Pollalis on city planning in light of the master plan of Islamabad drawn up by Greek architect Constantinos Doxiades. Historian Ayesha Jalal will discuss the life and legacy of Saadat Hasan Manto with artist Salima Hashmi. Suraiya Multanikar and Rahat Multanikar will celebrate folk songs and ghazals from southern Punjab, while Christopher Merrill of the Iowa Writers’ Workshop and author Mirza Waheed will be part of a session on the poetry of Agha Shahid Ali. The event will conclude with a performance by activist and director Sheema Kermani.

LLF is a celebratory exploration of Pakistan’s literary arts. The festival features artists, writers, and opinion leaders from across the world in thoughtful discussions on a variety of topics du jour. Founded by Razi Ahmed in 2012, LLF aims to reclaim Lahore’s cultural significance and influence. LLF is a not-for-profit organization incorporated under the laws of Pakistan.