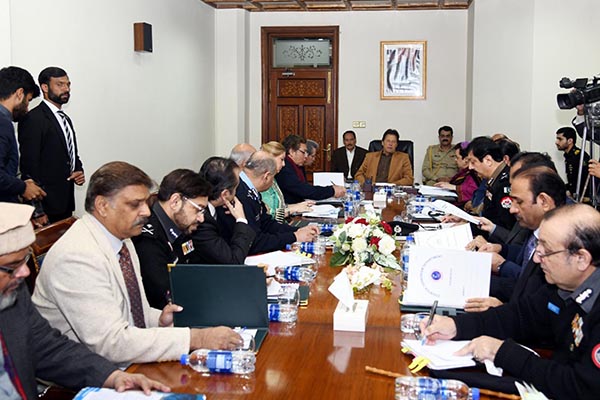 Providing a safe environment to children is not just the responsibility of the state, but every single member of our society, Prime Minister Imran Khan said on Friday.

Presiding over a meeting on how best to prevent child-related crimes, especially cases of child sexual abuse, the prime minister said children are the future. “Crimes against the future of society, and especially sexual abuse of innocent children, are unfortunate and shameful for the whole society,” he said, adding that modern technology had resulted in an enormous increase in the sexual exploitation of children globally.

Khan said parents should be encouraged to resist any external compulsions that prevent them from registering cases against abusers, as this only helps criminals escape punishment and can destroy the lives of the affected children. He urged civil society and the media to help raise awareness about the rights of children, especially concerning laws punishing anyone found guilty of their sexual abuse. By apprising children and their parents of their rights, we can help protect children from this menace, he added.

The meeting was briefed on crimes targeting children, with a particular focus on sexual abuse, and the prime minister was informed of recent cases that have come to light and efforts underway to prevent similar crimes.

The Additional Inspector General of the Counter-Terrorism Department of Punjab province updated the meeting about recent high-profile cases, including the rape and murder of Zainab Ansari in January 2018 at the hands of executed serial killer Imran Ali in Kasur; the Chunian case in which the recently indicted suspect allegedly raped and murdered several young boys; and the Rawalpindi case in which suspect Sohail Ayaz—employed with the Khyber-Pakhtunkhwa government—allegedly sexually abused 30 children.

The AIG also updated the meeting’s participants on the percentage of offenses against children in Punjab province, and briefed them on the measures being taken at a provincial level to check such crimes.

According to non-profit Sahil, which monitors cases of child sexual abuse, 3,832 were reported across Pakistan in 2018. The organization said this number had jumped 11 percent from the 3,445 cases reported in 2017. Of the victims, 55 percent were girls, while 45 percent were boys.

The meeting also reviewed the legal, social, societal, economical and other aspects related to the sexual abuse of children and deliberated on the measures taken at both the federal and provincial levels to curb such horrifying crimes.

P.M. Khan was told a Special Monitoring Cell had been established to monitor such cases and prevent them. He was also informed that efforts were underway to streamline the process of DNA testing to expedite the process. The government has also developed a mobile application, Apna Bacha, to facilitate the reporting of missing children. A National Crime Database of individuals involved in crimes against children would be produced by the Interior Ministry and would be provided to all federal and provincial law-enforcers.

The prime minister also directed the Ministry of Human Rights, Interior Ministry and provincial governments to finalize within two weeks a National Action Plan to check crimes against children to facilitate a national crackdown against anyone found with material sexually exploiting children. He said the cybercrime wing of the Federal Investigation Agency should also be strengthened to ensure early resolution of complaints and cases regarding cybercrimes.

He said all cases related to crimes against children should be completed as early as possible to prevent undue pressure on the victims or their families. In addition to measures for control and protection, he said, special focus should be given to the rehabilitation of affected children.