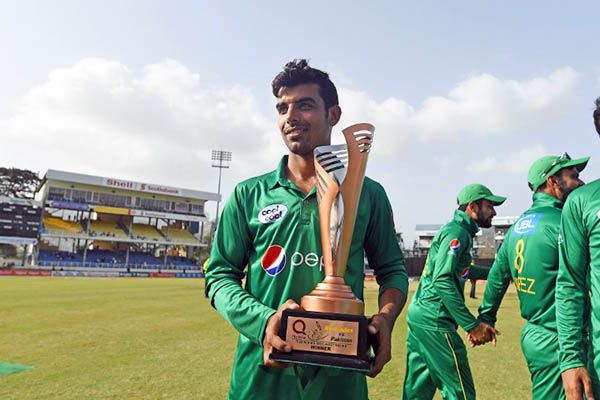 Khan, 18, has made impressive progress since his international debut for Pakistan last year, producing starring T20 turns in the Pakistan Super League and the Caribbean Premier League. He earned player of the match honors in his first two T20 Internationals for Pakistan against the West Indies, claiming 3 for 7 and 4 for 14.

“He is one of the most dynamic young spinners in the game and will fit nicely into the style of play that we want to employ this summer,” Heat coach and former New Zealand international Dan Vettori said.

Vettori said Khan’s recruitment meant that the Heat would not contract West Indian wrist spinner Samuel Badree for the next campaign.