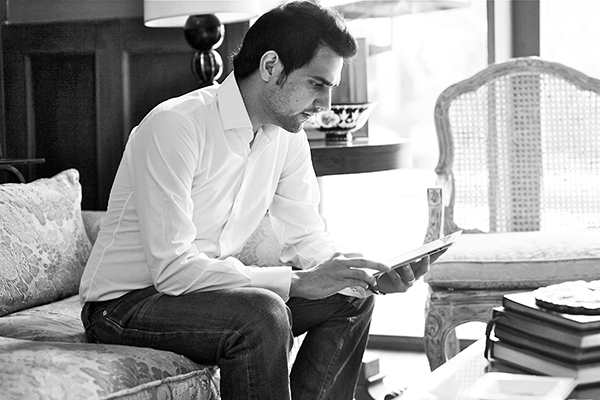 Two months after returning home, son of slain governor narrates the horrors of his years in militant custody.

Shahbaz Taseer, the son of slain governor Salmaan Taseer, has described in chilling detail how he was flogged, shot and had his nails pulled out by Islamic militants during almost five years in captivity. But Taseer, in his first interviews since he returned home in March, said he never abandoned hope he would one day see his family again.

Taseer, who was kidnapped in Lahore in 2011, described his horrific ordeal in Pakistan’s tribal areas and in Afghanistan in interviews with the BBC’s Urdu service and CNN. He said his kidnap was orchestrated by the Islamic Movement of Uzbekistan—a group long associated with Al Qaeda, which is blamed for high-profile terror attacks in Pakistan including the 2014 storming of Karachi airport.

“I was tortured for about a year in these extravagant Hollywood-style movies they would make for my family to put pressure on them, pressure on the government,” Taseer told CNN on Tuesday. “For example they pulled my fingernails out—it started off with them lashing me with rubber whips. They would carve my back open with blades and throw salt. They sewed my mouth shut and starved me for a week. They shot me in my leg. They cut flesh off my back. I bled for seven days and they wouldn’t give me any help for seven days.”

Taseer, who is in his early 30s, described his survival as a “personal victory.” He said patience and the hope of eventual release sustained him. “People, friends and family say you are very brave, you came back, it was very heroic. But these are not things I can say about myself. What I can say about myself is that I learnt to be very patient.”

Prior to Taseer’s account, few details were known about his capture or time in detention. His father Salmaan was governor of Punjab but had been shot dead just months earlier by his own bodyguard for his opposition to the country’s blasphemy laws. Critics say these are routinely used to persecute minorities.

Salmaan’s death made him a liberal icon and put his family in the crosshairs of Islamist militants who have been waging an insurgency against the state since 2004.

Shahbaz Taseer told the news organizations the Islamic Movement of Uzbekistan was seeking a huge ransom and the release of 25 fighters—demands that could never be met. But in 2015 conflict broke out between it and the Afghan Taliban, who took custody of Taseer after defeating the Uzbeks.

According to Shahbaz his new captors were not interested in a ransom but instead “sentenced” him to further jail time, before, he says, “I met someone there who helped release me.”

He trekked from the central Afghan province of Uruzgan to the southwestern Pakistan town of Kuchlak, where he was able to phone for help from a roadside restaurant.

Since March Shahbaz and his wife Maheen have lit up Twitter with their funny and loving account of their relationship and of his return to civilization. He said: “You spend four and a half years thinking you will never see the people that you love. The faces that you love fade away, and you know, here I am. I’m taking it one step at a time and enjoying my friends and my family.”