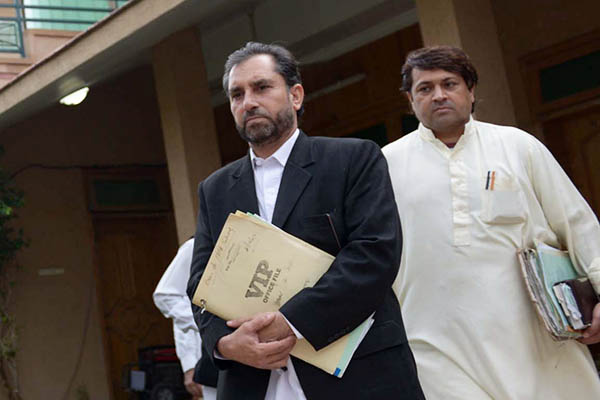 Samiullah Afridi claims he has been threatened by militant groups to stop defending his client or risk being killed.

The lawyer of Dr. Shakeel Afridi, who helped the CIA find Osama bin Laden, on Saturday said he was withdrawing from the case after receiving threats against his life from militant groups.

“I have been receiving threats from militant outfits including Lashkar-e-Islam and the Taliban for quite some time but I kept working as defense lawyer on human rights ground,” said defense lawyer Samiullah Afridi. “However, a few people belonging to Taliban met me two days ago and asked me to disassociate from the case or be prepared to face serious consequences,” he said.

When asked what that meant, he said: “In a tribal area where I am living, serious consequences means elimination … I have decided after consulting my close friends to disassociate from the case.”

Afridi was representing Dr. Shakeel Afridi, who was convicted of treason under the tribal justice system for alleged ties to militants and jailed for 33 years in May 2012.

In March a tribunal reduced the doctor’s sentence by 10 years as well as reducing a fine of Rs. 320,000 to Rs. 220,000. The lawyer had said his client would appeal against the decision as he wanted to have a new trial, as stipulated by the authorities last August.

How in the world all belive the doctor who helped the osama raid did not board the same chopper along with osamas body to USA. This doctor will know english and also he is not safe in pakistan. The whole story is rubbish. Perhaps this doctor sold the dead body of osama to USA