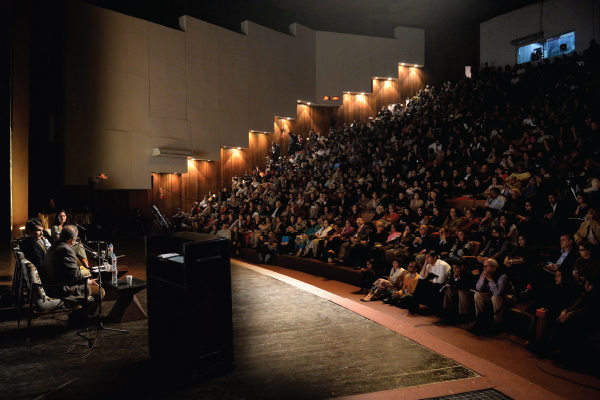 The sixth edition of the Lahore Literary Festival (LLF) kicks off at the Alhamra Arts Center, Mall Road, on Saturday, Feb. 24. The two-day event is open and free to the public.

LLF 2018 will also feature Dastangoi and an evening with Zia Mohyeddin on Shakespeare.

“Since its debut edition in 2013, LLF has burnished Lahore’s primacy as the place of civilized discourse and big ideas,” said Razi Ahmed, founder and CEO of LLF. “The festival has engaged students and citizens across the country and it has celebrated thinkers, from Pakistan and abroad, in vibrant discussions across a range of themes.”

Ahmed Rashid, best-selling author of Taliban: Militant Islam, Oil and Fundamentalism in Central Asia and one of the organizers of LLF, says this year’s program will be as riveting as those from past editions. “LLF is excited about the world-class speakers participating this year in Lahore to deliberate on the critical issues of the day in a big-picture way,” he said.

In addition to its free annual event in Lahore, LLF has held two sold-out editions in New York in association with Asia Society and two sold-out editions in London, most recently in collaboration with the British Library. “LLF’s international editions have allowed us to showcase and celebrate Pakistan’s arts and literary traditions,” said Nusrat Jamil, one of the LLF directors. “In October, LLF in London hosted Malala, who launched her latest book there.”