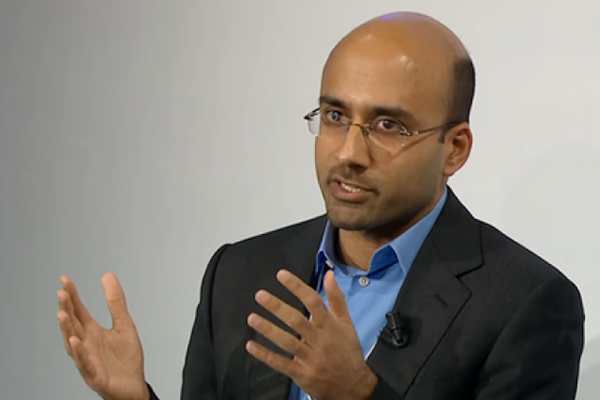 In the first week of September, Prime Minister Imran Khan reconstituted an Economic Advisory Council (EAC) to help steer Pakistan out of its economic emergency. Comprising 11 well-regarded economists from the private sector, in addition to seven representatives of the government, the EAC was tasked with finding ways for Pakistan to bolster its fast-depleting foreign exchange reserves and boost a collapsing balance of payments.

Shortly after the list went public, however, there was uproar. As progressive voices on social media hailed the inclusion of Dr. Atif Mian—of Princeton University Department of Economics, and Woodrow Wilson School of Public Policy—conservative reaction was a lot less welcoming. At issue was Mian’s faith. A member of the Ahmadiyya community, Mian’s addition was seen as a betrayal of the Pakistan Tehreek-e-Insaf’s vocal stance against any threat to the Khatm-e-Nabuwwat issue. Many critics claimed a ‘non-Muslim’ could not represent the best interests of Pakistan. There was even speculation that the ruling Pakistan Tehreek-e-Insaf (PTI) was internally convulsed with protest apart from the “reported” outrage felt in Pakistan’s muscular religious organizations that P.M. Imran Khan avoids offending.

As the clamor grew louder, Information Minister Fawad Chaudhry came on TV to defend the government’s decision to include a constitutionally declared non-Muslim to its panel of economic experts. Chaudhry said Pakistan’s Constitution gave non-Muslim minorities a status equal to that of its Muslim citizens. He asserted that the government would not bow to any demands for Mian’s removal from the council, because the economist was among the global top 25 of his discipline. Three days later, he was proven wrong.

The PTI-led government announced it had asked Mian to leave the EAC, which he agreed to do. The formerly defensive information minister failed to offer even a mild explanation for the about-face.

Liberals on social media, having heaped kudos on Khan for appointing Mian against the opposition of extremists, did not take the latest retreat kindly. Yet, predictably, their outrage counted for nothing and was swiftly muffled in the face of backlash they too wanted to avoid. No reference to the Constitution, already defiled by apostatization, would secure their position on Mian, who was graceful in his farewell message:

“For the sake of the stability of the Government of Pakistan, I have resigned from the Economic Advisory Council, as the Government was facing a lot of adverse pressure regarding my appointment from the Mullahs (Muslim clerics) and their supporters. Nevertheless, I will always be ready to serve Pakistan as it is the country in which I was raised and which I love a great deal. Serving my country is an inherent part of my faith and will always be my heartfelt desire. Moving forward, I now hope and pray that the Economic Advisory Council is able to fulfill its mandate in the very best way so that the Pakistani people and nation can prosper and flourish. My prayers will always be with Pakistan and I will always be ready to help it in any way that is required.”

A few hours later, Dr. Asim ljaz Khwaja, professor of International Finance and Development at the Harvard Kennedy School, walked out of the EAC in protest at Mian’s removal. He was followed a day later by Professor of Economics at University College, London, Imran Rasul. No Pakistan-based members protested publicly or resigned, likely hardened by what Pakistan routinely does to its Ahmadis. A notable voice of dissent was Khan’s ex-wife, Jemima Goldsmith, who tweeted: “Indefensible & V disappointing. New Pak gov asks renowned & respected Prof of economics to stand down because of his faith. NB: The founder of Pakistan “Quaid-i-Azam” appointed an Ahmadi as his Foreign Minister.”

Opposition parties in the Senate, including members of the Pakistan Muslim League (Nawaz), Jamiat Ulema-e-Islam (Fazl), Pakhtunkhwa Milli Awami Party, National Party, Jamaat-e-Islami, and the Awami National Party, submitted a call attention notice to voice their disapproval. The PMLN later claimed this did not represent the entire party, but the damage had already been done.

The “liberal” Pakistan Peoples Party avoided joining the opposition’s campaign in the Senate, but remained noncommittal, perhaps remembering that its own government had inserted the Second Amendment in the Constitution declaring the Ahmadi community non-Muslim 44 years ago. One of its senior-most leaders, ex-prime minister Yousaf Raza Gilani, had said the following famous words in 2016:

“No one has been able to compete with Pakistan Peoples Party. If someone has served Islam, only the Government of ‘martyr’ Zulfikar Ali Bhutto has. It solved the 90-year-old problem, the problem of Qadianis [Ahmadis] who challenged the Prophethood of Islam’s Prophet. The PPP shut them up, broke their neck and buried the [Ahmadi] problem.”

The “apostatizing” Second Amendment passed in 1974 by a “socialist-liberal” government led to the following insertions in the Pakistan Penal Code: the Ahmadi community cannot call their places of worship “masjid” (mosque) and cannot give the call to prayer (azaan). Section 298-C says Ahmadis cannot pose as Muslims, directly or indirectly. This led to the extremely touching incident of an Ahmadi being hauled up in court for renting a house inscribed with the kalima (oath of Islam); he was hauled up again, this time for desecration, when he tried to wipe it off!

Pakistan’s Constitution declares Ahmadis non-Muslim, placing them in the category of minorities that have equal rights under its own articles. Dictator General Zia-ul-Haq, under his Islamization campaign, introduced separate electorates to prevent non-Muslims from voting together with Muslims. When this abuse of human rights was corrected and separate electorates removed from the Constitution, all-non-Muslims got back their right to vote together with Muslims, except Ahmadis, thus implying that they are not accepted even as a minority in Pakistan. Subliminally, they remain apostates and, under Islamic law, are punishable by death. Few Pakistanis realize what message they are sending out to the world by treating the Ahmadis the way they do. By remaining passive, the state allows the extremist elements to “enforce” this law.

A calendar of calumny

In May 2010, two Ahmadi mosques—which must be referred to as “places of worship” under law—were attacked in Lahore during weekly Friday prayers. When the attack was done, 95 graves were dug for them in the headquarters of the Ahmadi community, Rabwa (‘high’ or ‘raised’ place in Arabic)—which can’t be called Rabwa under law and is officially known as Chenab Nagar.

The massacre was undertaken by six or seven suicide bombers armed with Kalashnikovs and hand-grenades. The Punjabi Taliban claimed responsibility. Then-Punjab law minister Rana Sanaullah told journalists the attackers had planned the attack in South Punjab after being trained in the Waziristan tribal territory. One of the terrorists, captured alive, said they had been brought to Lahore nine days earlier in a group from Bannu, housed in various mosques across the city including the Tablighi center at Raiwind, and eventually driven to two designated targets. He said their handlers had been waiting in back-up vehicles with orders to kill and replace any attacker who tried to run away instead of killing the Ahmadis.

The killers were clearly terrorists who routinely kill Pakistani troops. Instead of making an example out of them, the state largely ignored the assault, with the investigation seemingly coming to a close after the arrests of six men believed to be linked to the attack. Then-federal interior minister Rehman Malik was somewhat more forthcoming. He claimed the attackers had belonged to the Sunni extremist Jaish-e-Muhammad and Lashkar-e-Jhangvi, the former being an “asset of the state” based in Bahawalpur.

Then-chief minister Shahbaz Sharif appeared greatly upset but announced no compensation for the dead—a common practice after similar tragedies. He also could not personally visit either of the targeted locations. TV channels tried to discuss the issue, but struggled to communicate with their audience without attracting the mischief of the anti-Ahmadi laws. In the immediate aftermath of the attack, many reporters had already blundered by referring to “mosque”, “juma”, “khutba” (sermon) and “namaz,” before being corrected.

As is typical, Pakistan’s Urdu language press blamed the attack on forces inimical to Islamabad. Daily Jang, in a front-page report published on May 29, 2010, carried a message from Pakistan’s intelligence agencies, alleging Ahmadis were being killed in accordance with plots hatched by the United States, India, Afghanistan and Israel to defame Pakistan. These four countries, opposed to “Islamic jihad,” were determined to damage the image of Pakistan in the international community, and India sought in it a justification for clamping down on the Deobandi madrassas on its soil. The report added that Indian intelligence agents had contacted a Qadiani—a pejorative for Ahmadi—representative in East Punjab’s Kapurthala to tell him members of the community would be targeted in Lahore.

In the same newspaper, Lahore Commissioner Khusrau Parvez was reported as saying that members of India’s spy agency, RAW, had penetrated Lahore and had killed the Ahmadis to avenge Yaum-e-Takbir—the anniversary of the day Pakistan tested its nuclear devices in 1998—because that day had marked Pakistan achieving security against India. He did not explain his reasoning, but many assumed that after the Ahmadi massacre Pakistan would start worrying about its international image and stop celebrating the historic achievement of becoming a nuclear state.

Then-U.S. Defense Secretary Robert Gates, writing in the May-June 2010 issue of Foreign Affairs magazine wrote: “In the decades to come, the most lethal threats to the United States’ safety and security are likely to emanate from states that cannot adequately govern themselves or secure their own territory. Dealing with such fractured or failing states is, in many ways, the main security challenge of our time.”

In the case of Pakistan, these words apply to a weak state stricken with the additional palsy of “exclusion” that may be forced to apostatize the Shias—then killed like flies in cities from Kohat to Kurram—and the Ismailis too. The killing of Ahmadis in Lahore was just another brick in the wall consolidating Pakistan’s pariah status in the world and giving rise to more xenophobia—expressed through its commissioners and senior police officers—and leading to more killings at home in a cycle that has perpetuated itself for decades.

Most (Sunni) Pakistanis believe minorities enjoy complete freedom in the country. Blinded by their own privilege, they are often shocked when human rights organizations such as the Human Rights Commission of Pakistan object to Pakistan’s tacit abuse of its minorities, forgetful of the rule that only maltreatment emanating from legislation is blamed on the state.

Even though many Pakistanis don’t count Ahmadis as Muslims, they don’t treat them as a protected minority either, allowing mullahs to step in and set the narrative for how the community should be treated.

So blinkered are reactions to the abuse of minorities in Pakistan that many reject outright statistics that prove the state’s abysmal role in safeguarding their rights. Non-governmental organizations that strive to publicize these statistics are angrily condemned as foreign-funded institutions carrying out ‘alien’ agendas in Pakistan. There is little thought given to the selective embrace of independent organizations. When Amnesty International reveals Pakistan’s negative record, for example, they are rejected; but when they reveal India’s negative record their findings are gleefully highlighted.

Dr. Atif Mian is likely well aware that the persecution of Ahmadis in Pakistan has not ceased. More than 250 members of the Ahmadi sect have been killed since 1984, not including those under death sentence after being accused of blasphemy. A TV anchor instigated the murders of three Ahmadis in Sindh in 2008 after calling them insulters of Islam’s Prophet during a live broadcast. From April 1984 to December 1999, as many as 753 Ahmadis were arrested for displaying the kalima and another 379 for “posing” as Muslims.

The years of state repression have taken their toll. Many members of the Ahmadi community in Pakistan now suffer their persecution in silence and hate to be noticed by hypocritical Muslims feeling the rare twinge of conscience. The continued support of Pakistan by people of such brilliance as Atif Mian is a testament to him and his community, who certainly owe Pakistan nothing; the state, however, owes them far more than it can ever hope to repay.