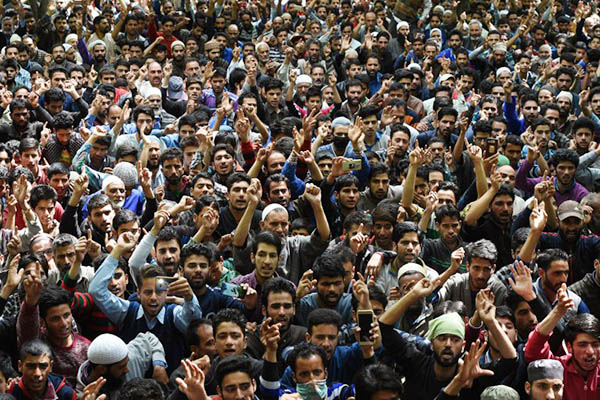 The death of a student killed by troops in Kashmir sparked new anti-India demonstrations on Wednesday.

Hundreds of students and villagers joined a rally in the town of Shopian, south of the India-administered Kashmir capital of Srinigar, during the funeral of Adil Farooq Magray. The teenager suffered a fatal wound to the chest late Tuesday when security forces opened fire to disperse protesters trying to disrupt an anti-militant operation in Shopian, witnesses said.

More than 100 students, men and women, have been killed around protests that have mounted in Kashmir since July last year, when a leading rebel commander was killed. Kashmir has been divided between India and Pakistan since the end of British rule in 1947. Both claim the territory in its entirety.

Rebel groups have since 1989 been fighting hundreds of thousands of Indian soldiers deployed in the region, demanding independence or a merger with Pakistan. Tens of thousands have been killed in the three decades of unrest.