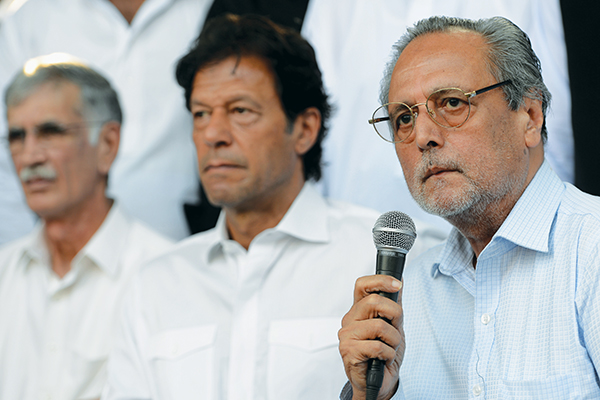 For the first time since the 2007 street protests to restore judges sacked by President Musharraf, the Pakistan Peoples Party and Pakistan Tehreek-e-Insaf are on the same page, united in their contempt for—and from—the Supreme Court. The hostility of the opposition parties comes from the court’s decision to move up the presidential election at the behest of the ruling Pakistan Muslim League (Nawaz). For the PPP, whose Asif Ali Zardari will be succeeded by PMLN’s Mamnoon Hussain as the country’s president next month, wariness of the court was pent up. Its five years in power in Islamabad were hobbled by popular court edicts and, what the party calls, illegal intrusions into executive affairs. The PTI’s shift of opinion is more revealing. Its chief, Imran Khan, has accused the court of taking sides and holds it responsible for “the most rigged elections in Pakistan’s history,” referring to the May 11 general elections won by the PMLN. On July 31, the day after the presidential election, Khan’s position was seemingly vindicated by the resignation of the chief election commissioner. But there was also bad news. Khan’s hot words attracted a contempt-of-court notice from the Supreme Court, riling his poorly-ordered maverick party and its supporters into hypocritical froth. You can now count Khan and the PTI among the unappreciative few who wish the chief justice a timely retirement in December.