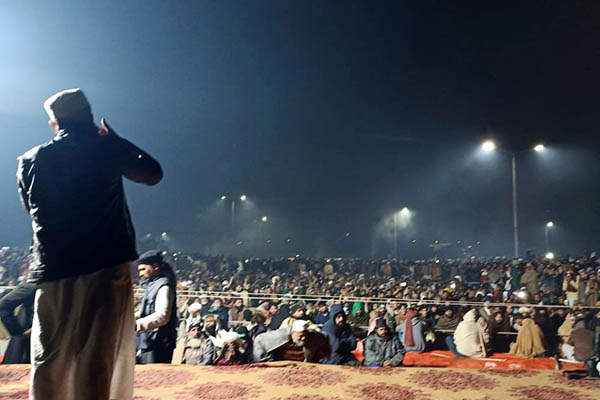 P.M. Imran Khan says government has talked to religious party and agreed to present their demands in Parliament before April 20

The Tehreek-e-Labaik Pakistan (TLP) on Thursday postponed a protest scheduled to take place in Islamabad on Feb. 17 after the government assured them that it would place demands from an earlier agreement before Parliament by April 20.

Last year, the government had pledged to evolve consensus in Parliament to expel the French ambassador to Pakistan within three months; not appoint any ambassador to France; and release all TLP workers who had been arrested. It had also agreed not to lodge any new cases against the religious party’s leaders or workers after it called off its November sit-in.

The fresh agreement notes that the government and the TLP have been negotiating “for a month” to see the terms of the first accord fulfilled. It said that the government had conveyed its “resolve” to fulfill the agreement and would present it in Parliament by April 20 and proceed with the approval of lawmakers. It also said that the names of any TLP members that had been placed on the Fourth Schedule of the Anti-Terrorism Act would be removed.

The Punjab government had, last month, added the name of TLP chief Maulana Saad Rizvi to the Fourth Schedule, which had required him to inform his district’s police prior to leaving his hometown. At the time, he had set a Feb. 16 deadline for the government to either accept all his demands or face a new protest.

The new agreement stresses that any act that violates its terms before April 20 would render it null and void. It also states that the prime minister would announce it before its implementation, clarifying why he had felt the need to publicly announce it.

Last year, dozens of policemen and TLP workers had been injured after clashes broke out between the protesters and police in Rawalpindi. The protest had been in response to the re-publication of blasphemous caricatures in France, and a subsequent statement by French President Emmanuel Macron in which he had linked Islam to terrorism. It had dispersed after the government inked an agreement with then-TLP chief Khadim Hussain Rizvi.