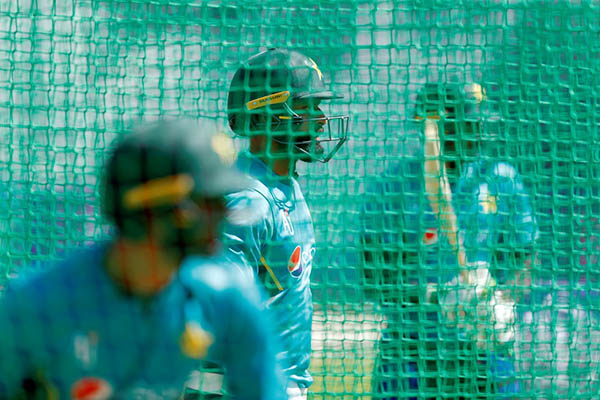 Ten cricketers who were set to participate in Pakistan’s upcoming tour of England have tested positive for the novel coronavirus, Pakistan Cricket Board (PCB) Chief Executive Wasim Khan said on Tuesday, leaving just 19 players free to leave the country for the tournament.

Most of the players exhibited no symptoms, said the PCB, with CEO Khan telling journalists that “fit athletes” contracting the virus showed how much “danger this virus poses.” He urged the public to adopt precautionary measures to curb its spread.

“We will continue to monitor and support them [players who tested positive], including conducting antibody tests, and as soon as they test negative, they will be flown to join the squad in England,” said Khan. “At the moment, they have been advised to go into self-isolation so that they not only recover quickly but also prevent their other family members from being infected.”

Khan said the tour of England would continue as planned, adding that Pakistan’s side would depart on June 28. According to a PCB statement, everyone who has tested negative would assemble in Lahore on June 24 (today) and be retested for the virus on June 25.

“The players and player support personnel who test negative on June 25 would depart for Manchester on a chartered flight. Within 24 after hours after arriving in the U.K., they will be tested by the ECB medical panel,” it said, adding that they would then observe a U.K. government-mandated quarantine period during which they could continue training in a bio-secure facility.

In a posting on Twitter, all-rounder Hafeez said that he had gotten retested for the novel coronavirus from a private laboratory “for second opinion and satisfaction.” He said the new result had come out negative, adding that his entire family had also tested negative.

False positives and negatives can happen with coronavirus testing to a rate of up to 1 in 5. A positive followed by an immediate negative usually means Hafeez would have to get retested once more to determine which of his results was false.