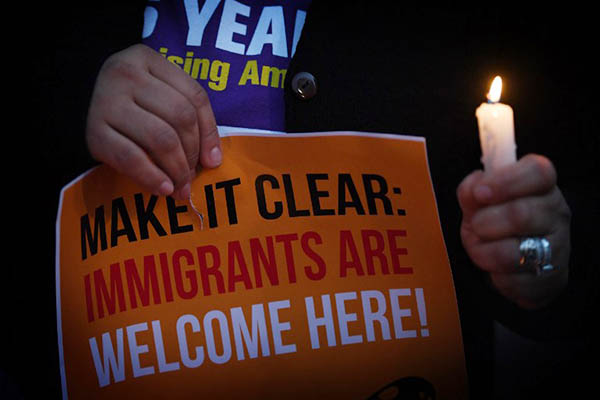 U.S. President Donald Trump said late on Wednesday that his plan to limit the entry of people from several Muslim countries was necessary because the world is “a total mess.”

Interviewed on ABC News, Trump denied that it was a ban on Muslims. “No it’s not the Muslim ban, but it’s countries that have tremendous terror,” Trump said. “And it’s countries that people are going to come in and cause us tremendous problems. Our country has enough problems without allowing people to come in, who in many cases or in some cases, are looking to do tremendous destruction.”

Trump refused to be pinned down on which countries he was talking about, but did say that he believed that Europe “made a tremendous mistake by allowing these millions of people to go into Germany and various other countries, and all you have to do is take a look, it’s a disaster what’s happening over there.”

According to a draft executive order published in U.S. media, refugees from war-torn Syria will be indefinitely banned, the broader U.S. refugee admissions program will be suspended for 120 days, and all visa applications from countries deemed a terrorist threat—Iraq, Syria, Iran, Sudan, Libya, Somalia and Yemen—will be halted for 30 days.

According to the draft decree, Trump intends to halve the number of refugees entering the United States during the 2017 fiscal year, which ends on Sept. 30. While the administration of former president Barack Obama had set a target of accepting more than 100,000 refugees this year, the Trump administration aims to slash that to 50,000.