Trump to Approve Sale of Military Equipment to Police 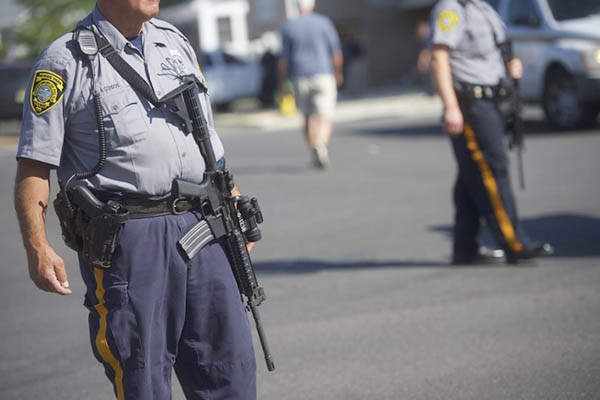 According to officials familiar with deliberations said Trump will restart the military equipment flow to police forces—which was worth $5.4 billion over 25 years—sending another message that he is a “law-and-order” president.

Critics said providing police with items like bayonets, grenade launchers and drones had strained police-community relations and led to a virtual arms race on America’s streets. But supporters argue the equipment allows police to better protect public safety and makes use of military surplus stock.

In May 2015, then president Barack Obama issued an executive order stopping military transfers, after controversy over the policing of high-profile protests in Baltimore, Maryland and Ferguson, Missouri. Eight months later the government began recalling prohibited items.

“At times, the law enforcement response to those protests was characterized as a ‘military-style’ operation,” a 50-page report commissioned by Obama’s White House found. Those disturbances showed “law enforcement officers atop armored vehicles, wearing uniforms often associated with the military, and holding military-type weapons.”

The protests were prompted by the killing of unarmed black men by police.

According to U.S. law, the use of deadly force by police is only justifiable if a suspect poses a credible threat to the officer or the public. Even after Obama’s reforms, police were still allowed to use wheeled armored vehicles, Humvees, drones and riot batons, but only in very specific circumstances.

Attorney General Jeff Sessions previewed the decision by saying Trump is “doing all he can to restore law and order and support our police across America.” In response, Republican Senator Rand Paul said “the militarization of our law enforcement is due to an unprecedented expansion of government power in this realm. Americans must never sacrifice their liberty for an illusive and dangerous, or false, security.”