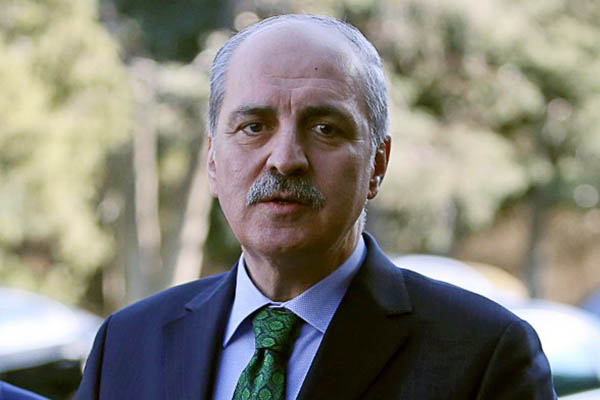 Ankara deputy prime minister says verification, if found, will be made public.

Turkey on Tuesday said it had no confirmation of a video published by Islamic State jihadists purportedly showing the burning to death of two Turkish troops captured in Syria.

After users in Turkey reported problems using social media in the wake of the release of the video, Deputy Prime Minister Numan Kurtulmus said some media needed to “watch their step” in the face of attempts by terror groups to spread fear.

Turkey has for four months pressed an incursion against I.S. jihadists inside Syria in support of pro-Ankara fighters. But they have faced stiffening resistance in the battle to take the Syrian town of Al-Bab, taking increasing casualties.

“There is still no clear information from our armed forces or defense ministry to confirm these video images,” Kurtulmus told reporters in Ankara in televised comments. “If there is confirmed information, it will be shared with the public,” he said.

But Kurtulmus added that terror groups were “vile mechanisms” and were seeking to “spread desperation” through fear. “In particular social media is not the place for irresponsible publications,” he said, warning that “some friends in the media should please watch their step.”

“Turkey is at the moment in a de-facto war with Daesh,” he added. “Working to break the morale of the Turkish people with fake images is not patriotism,” he said, without specifying which images he was referring to.

Users in Turkey had reported severe problems with social media after the video emerged and the Turkey Blocks monitoring network said it had confirmed a “throttling” of Twitter and YouTube affecting many users. It said the blocks appeared to have been implemented at the Internet Service Provider (ISP) level, “with each provider applying its own controls.”

Turkey’s Western allies had in the last years accused Ankara of turning a blind eye to the rise of I.S., an accusation strongly denied by the government which has listed the group as a terror organization since 2013. The current controversy renewed claims that former premier Ahmet Davutoglu, who stepped down this year, had said while foreign minister that I.S. members were “just angry young kids.”

In a statement on his Facebook page, Davutoglu’s office said he had never spoken such words and said legal proceedings had been started against those claiming he had.

The operation in Syria—dubbed Euphrates Shield—has become a sensitive issue with the government keen to ensure public support is not undermined by the growing casualty toll. Thirty-seven Turkish soldiers have died so far in the operation after another wounded soldier lost his life in hospital in Turkey, reports said.