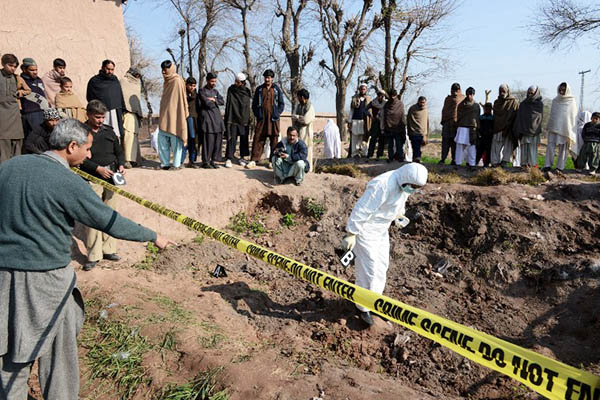 A suicide bombing at the residence of anti-Taliban peace militia leader in Peshawar on Thursday left at least two people dead and five others injured, according to local police.

The incident occurred in the Adezai neighborhood of Matani in the Khyber-Pakhtunkhwa capital. “The suicide bomber detonated explosives as he was entering the hujra of Farmanullah, the leader of the local aman lashkar,” said police official Asghar Khan. “Two people were killed and five others injured in the suicide blast,” he said, adding that the bomber’s primary target, Farmanullah, had not been injured in the bombing.

A rescue official said the site of the blast was on the outskirts of Peshawar, near the border with Darra Adam Khel, and they were unable to reach it in time to save more people. “It is difficult to reach that area for police and rescue officials and carry out their duties,” said Mujahid Khan.

The attack came amid a military operation launched by the Pakistan Army to evict militants holed up in the North Waziristan tribal agency. The operation, which started on Sunday, is expected to intensify after a three-day window to allow civilians to leave the area ends on Friday.