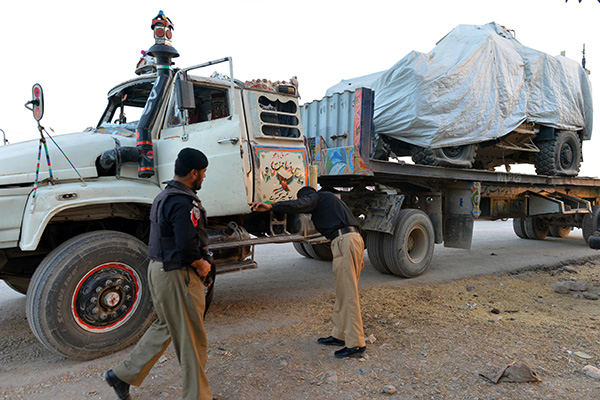 A NATO tanker torched by militants. A. Majeed—AFP

Militants attacked convoy while it was passing through Matani village on outskirts of Peshawar.

Two soldiers were killed late on Thursday when unidentified militants ambushed a military convoy in Pakistan’s troubled northwestern city of Peshawar, security officials said. The incident took place as the convoy passed through Matani village on the outskirts of Peshawar, capital of Khyber-Pakhtunkhwa province.

“Militants opened fire on the military vehicles, two soldiers died, and one sustained injuries in the attack,” said a military official in Peshawar, requesting anonymity. A second security official in Peshawar confirmed the attack, adding that troops had cordoned off the area and launched a search operation. There was no immediate claim of responsibility for the attack but Taliban militants are active in Matani and other areas around Peshawar.