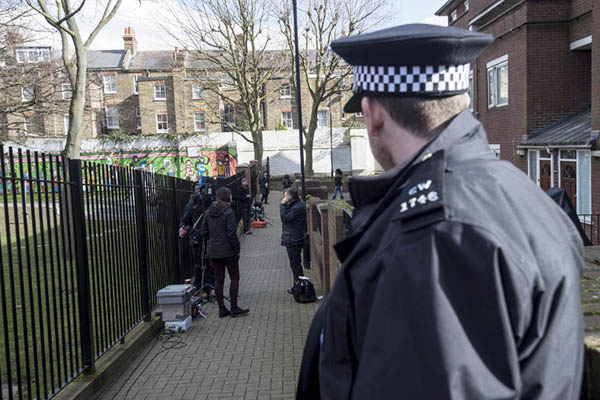 British lawmaker warns number of people flying to Turkey to reach Syria is on a ‘much larger scale’ than previously believed.

Three British teenagers suspected of trying to travel to Syria were released on bail late Sunday after being questioned for 24 hours on suspicion of preparing acts of terrorism, police said.

Two 17-year-old boys from northwest London and a man aged 19 were detained by authorities in Turkey on Friday and were deported to Britain on Saturday, where they were promptly arrested by counter-terrorism officers. “They have been bailed to return to a central London police station pending further enquiries,” a spokesman for London’s Metropolitan Police announced late Sunday.

The dramatic events come just weeks after three schoolgirls left London to join Islamic State militants in Syria, the latest of an estimated 600 Britons believed to have made the journey since the Syrian conflict began. The Times newspaper reported that the parents of the two younger boys had alerted police to their disappearance after they failed to return home after Friday prayers.

A Turkish official confirmed that the two boys were detained by security services based on information from Britain.

By contrast the 19-year-old, identified as MAA, was detected by Turkish airport police checking passengers arriving in Istanbul on a flight from Barcelona, the official said. Both British and Turkish officials said they were believed to be heading for Syria.

The success of the British and Turkish authorities in getting the teenagers home this weekend contrasts with the failure to stop three girls reaching Syria earlier this year. London schoolfriends Kadiza Sultana, 16, and 15-year-olds Shamima Begum and Amira Abase followed the path of another schoolfriend who left for Syria in December.

Their relatives have criticized police for failing to alert them to the first friend’s disappearance, saying they might have been able to stop the girls if they had been forewarned. Turkish authorities also complained that they were not told about the girls until it was too late.

Turkey has long expressed irritation over the repeated criticism from the West that Ankara is not doing enough to stop jihadists and their sympathizers crossing into Syria. The Turkish official praised the cooperation with the British authorities in the latest case. “This shows we can get results when serious co-operation, including timely intelligence, is in place,” he said.

Keith Vaz, who chairs parliament’s home affairs committee, said Britain needed to prevent people traveling to Syria in the first place. “We need to be vigilant. Clearly this flight of young people to Turkey in order to go to Syria is on a much larger scale than we envisaged,” he said.

It is not clear yet whether the latest trio will be charged and no date has yet been set for their return bail date.

Britain’s national police lead on counter-terrorism, Mark Rowley, last week indicated the teenage girls who made it to Syria could return home without facing charges, saying there was no evidence so far of their involvement in terrorism.