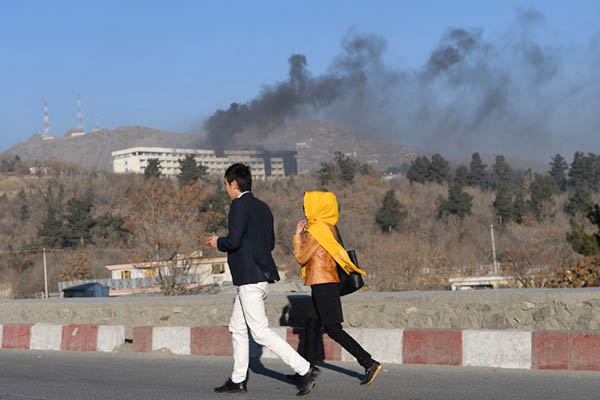 Americans were among the dead and wounded in the weekend attack by Taliban gunmen on a Kabul luxury hotel, a State Department official said on Tuesday.

“We can confirm that there were U.S. citizen fatalities and injuries,” the official said, without specifying how many Americans were involved. “We offer our deepest condolences to the families and friends of those who were killed and wish for the speedy recovery of those wounded. Out of respect for the families of the deceased, we have no further comment.”

At least 22 people were killed in Kabul’s Intercontinental Hotel over the weekend as Taliban militants went room-to-room looking for guests.

Afghan officials say at least 14 foreigners were among the dead, and Ukraine’s ambassador confirmed that at least seven of these were Ukrainians.

A German, a Kazakh and two Venezuelans have also been reported dead.

Guests hid behind pillars and in rooms as gunmen sprayed bullets and set fire to parts of the six-storey building, witnesses told AFP. Some guests climbed over balconies and used bed sheets in a desperate attempt to escape.