U.S. May Not Need Apple’s Help to Crack iPhone 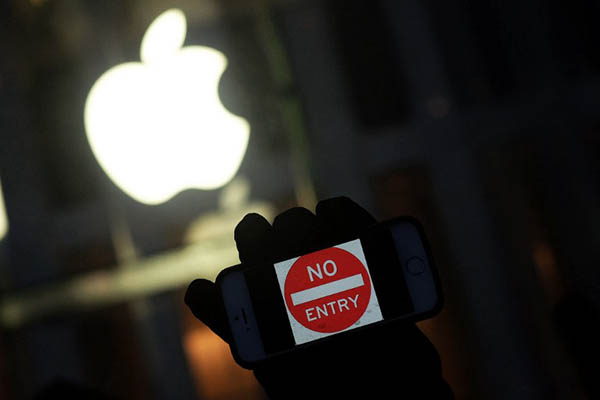 Department of Justice says they are ‘optimistic’ the alternate option will allow them to access California attacker’s phone.

The US government said Monday it may have found a way to crack the iPhone of one of the San Bernardino attackers without Apple’s help, possibly avoiding a showdown with the tech giant.

In a court filing, federal prosecutors said that on Sunday, an unidentified “outside party” had demonstrated to the FBI a possible way to unlock Syed Farook’s iPhone. “Our top priority has always been gaining access into the phone used by the terrorist in San Bernardino,” Justice Department spokeswoman Melanie Newman said in a statement. “With this goal in mind, the FBI has continued in its efforts to gain access to the phone without Apple’s assistance, even during a month-long period of litigation with the company.” She said the government was “cautiously optimistic” that the latest option to recover data from the iPhone would work.

A California federal judge who was set to preside over a hearing in the contentious case on Tuesday granted the government’s request for a delay and asked that a status report be filed by April 5. The new development may help avert—at least for now—a full-blown showdown between the U.S. government and the world’s most valuable company that could have wide ramifications on digital security and privacy.

Privacy advocates hailed the FBI’s apparent drawback in the case as a win for Apple and encryption. “With the FBI backing down on this case, this is at least a short-term win for Apple,” the Center for Democracy and Technology said in a statement. “This has always been a case about the government attempting to mandate technological backdoors that would make all Americans less secure.”

Federal prosecutors and Apple for weeks have traded a volley of legal briefs related to the FBI’s demand that the tech company help investigators unlock Farook’s work phone. The FBI says the device may contain critical information for its probe into the Dec. 2 shooting that left 14 people dead and was the deadliest terror attack in the U.S. since 9/11.

Apple, however, has balked at a court order to help investigators, citing customer privacy and security concerns. The company, backed by security experts, civil rights advocates and other tech giants—including Google, Facebook and Microsoft—contends that assisting the FBI would jeopardize users’ data and set a dangerous precedent.

“We need to decide as a nation how much power the government should have over our data and our privacy,” chief executive Tim Cook said, speaking at Apple headquarters to unveil a new line of iPhones and iPads. “We believe strongly we have an obligation to help protect your data and your privacy. We owe it to our customers. We will not shrink from this responsibility.”

The FBI had been seeking Apple’s help in writing new software—or what the company said was creating a “backdoor”—that would allow investigators to circumvent the iPhone’s built-in security. It argued that Apple is not above the law and that its request for technical assistance concerns only Farook’s work phone from the San Bernardino health department.

Farook and his Pakistani-born wife Tashfeen Malik died in a firefight with police after the attack. Two other cell phones linked to the couple were found destroyed.

Tech giants and civil rights advocates have warned that the case goes beyond just one phone and that if the court sides with the FBI, it would spring open a “Pandora’s Box” for human rights and digital security. “Governments trying to undermine encryption should think twice before they open this Pandora’s Box,” Sherif Elsayed-Ali, Amnesty International’s deputy director for global issues, said in a statement. “Weakening privacy online could have disastrous consequences for free societies, particularly for the human rights activists and journalists who hold our leaders to account.”

Rights advocates also argue that while the FBI’s request to access the data on Farook’s phone may be legitimate, the method of accessing it raises concerns. Technology analyst Rob Enderle speculated that the undisclosed person now helping the government crack Farook’s iPhone might be an ex-Apple employee or a computer security expert.

“An ex-Apple employee with the right set of skills could do this,” he told AFP, dismissing the likelihood that the tech company itself could quietly be helping authorities. “If this was Apple coming in through the back door, and it leaked, the repercussions for Apple in terms of trust would be huge.”

Apple officials could not immediately be reached for comment concerning the latest twist in the case.