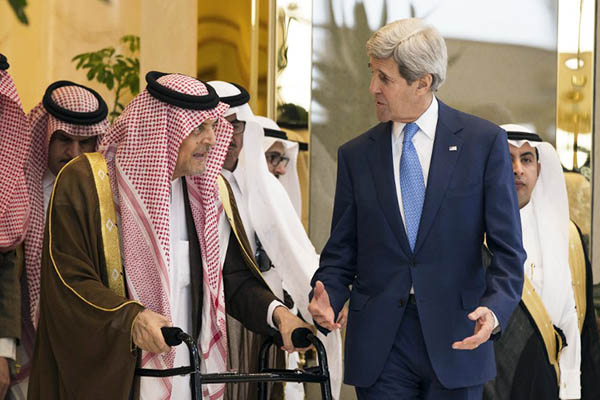 The American embassy in Riyadh and consular offices in Jeddah and Dhahran have resumed operations, an embassy spokesman told AFP. However, the mission also warned its citizens to “continue to be aware of their surroundings and take extra precautions when traveling throughout” the kingdom, read a message posted on the U.S. Embassy website. It did not elaborate on the alleged threats and the sudden closure of consular services from March 15.

A renewed caution warned that Western oil workers risked being attacked or kidnapped by “terrorist” groups.

Saudi Arabia has taken part in U.S.-led airstrikes since September against the Islamic State jihadist group, raising concerns about possible retaliation inside the country. Westerners have been attacked in Saudi Arabia four times since October.

In the latest incident, two American employees of U.S. defense contractor Vinnell Arabia were shot at in the east on Jan. 30, with one wounded. In October, one Vinnell employee was shot dead and another wounded at a petrol station in Riyadh.