Home Scope Under the Spotlight 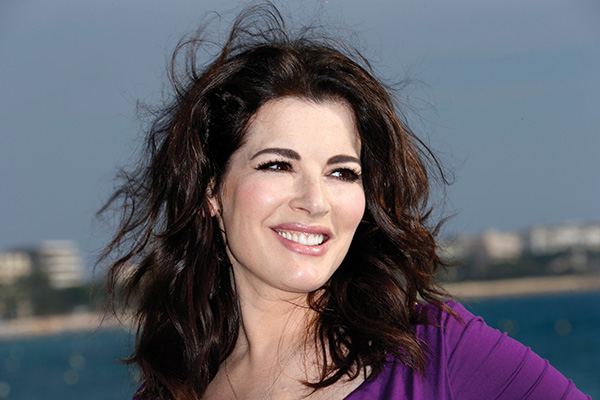 From Nigella to Rihanna, the media spin personal pain.

When a British tabloid dropped bombshell pictures of millionaire art collector Charles Saatchi with his hands around the throat of his wife, celebrity chef Nigella Lawson, during lunch on the terrace of a swank London restaurant a media circus ensued: Lawson was seen fleeing her home with her son, while Saatchi brushed off the incident as a “playful tiff.” A day later, he accepted a police caution for assault to prevent the altercation from “hanging over” the couple and their children. Meanwhile, the papers have dissected the 70-year-old Saatchi’s stormy history with his ex-wives, as well as Lawson’s “tearful” behavior during and after the incident (with the requisite quotes from waiters, passersby, and neighbors). Countless columnists and fans urged the 57-year-old chef to leave her “bullying” husband, or lamented that the U.K.’s favorite domestic goddess is the latest celebrity face of apparent domestic abuse.

Of course, this isn’t the first time that a high-profile couple’s violent episode has spilled out in public. From Lana Turner to Tina Turner and Rihanna, we’ve seen countless influential women endure abuse despite the fact that they ostensibly have the financial means and power of fame to extricate themselves from the situation. But the media attention and their celebrity can actually make it harder to seek help or leave their abusers, experts say.

“It’s difficult to be the victim of domestic abuse no matter who you are because it’s often an issue of power and control,” says Tina Royles, a domestic-violence expert in the U.K. “But when a celebrity’s trauma and turmoil is played out for the whole world to see, that victim will feel like they have even less control over the situation, which then reinforces the trauma.”

It doesn’t help when there’s photographic evidence of the abuse, as was the case with the images of a battered Rihanna that went viral four years ago. “It becomes a relived experience,” says Royles. The violence itself isn’t necessarily sensationalized, but the image is—and the result is often a more explosive reaction from the public. Just as Rihanna was praised by the media for breaking it off with Chris Brown after the rapper landed her in the hospital, she was shamed for getting back together with him three years later. In this case the media attention was likely damaging for her, says Royles. (Recently, reports surfaced that Rihanna, who recently called it quits with Brown again, apparently had checked into a relationship and sex-addiction center in Tennessee.)

Lawson has remained silent about the photographs and the tussle. It remains to be seen whether she will go back to him after the dust settles. If she does, that’s when she’ll need the most support, says Royles. “If she is criticized and then assaulted again out of the public eye, it’s more likely that the issue will remain behind closed doors.”