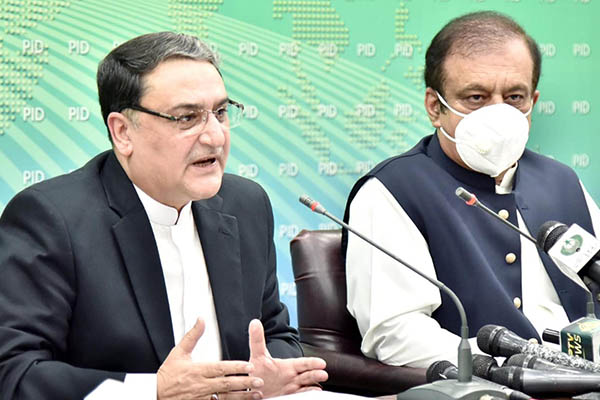 Information minister urges ‘investors’ to avail opportunity until Dec. 31 to boost industry, reiterating sources of income will not be questioned

“Investors” have a golden opportunity to whiten their black money by taking advantage of the government’s amnesty for the construction industry in light of the coronavirus pandemic, Information Minister Shibli Faraz said on Sunday.

“Investors have a chance to turn their black money into white by initiating construction projects before Dec. 31,” he told a press conference alongside Naya Pakistan Housing Authority Chairman Lt. Gen. Anwar Ali Hyder. He said the barriers to allowing such amnesty schemes under Pakistan’s international obligations had been placed in abeyance until the end of the year, adding this was a major boon to investors as they would not have to provide their sources of income for any new projects.

Sanctions from international organizations, as well as the actions required by the Financial Action Task Force, would be re-imposed after Dec. 31, he stressed.

The information minister said that, on the directives of Prime Minister Imran Khan, a national-level committee headed by Lt. Gen. Hyder had been established to promote the construction sector. He said the committee would work along the pattern set by the National Command and Operations Center overseeing the country’s pandemic response.

The minister claimed that there was great interest in the Naya Pakistan Housing Program, reiterating that anyone who bought a five-marla house would get an immediate discount of Rs. 300,000 under the Rs. 30 billion subsidy already announced by P.M. Khan. He said 100,000 houses would be constructed in the first phase of the project.

Hyder, meanwhile, said the government had abolished 90 percent taxes on the construction sector under Section 111 of the Income Tax Ordinance, adding provincial taxes had also been reduced. Echoing the prime minister, he said that banks had also been directed to provide loans at 5 percent interest rate to people who wanted to build 5-marla houses, while anyone wishing to build a 10-marla house would be granted interest rates of 7 percent. “Everyone would also be given the option of a loan under the Islamic banking system,” he added.

The Naya Pakistan Housing Authority chairman said 2 million applications had been received for low-cost housing under the program, adding that 1.6 million of those had advanced to the second stage after verification of their credentials by the National Database and Registration Authority. “We will conduct a lucky draw of the requests,” he said to clarify how it would be decided who would get priority.