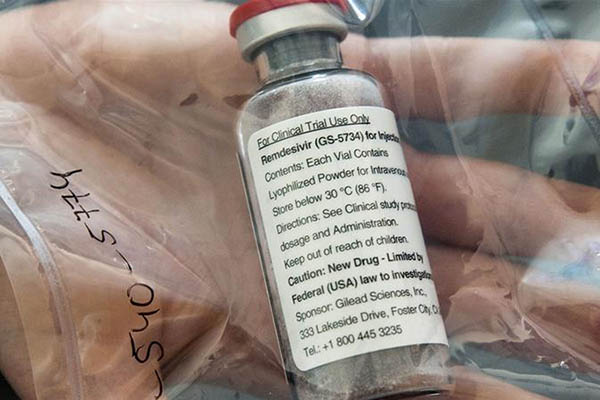 “I wouldn’t like to make any specific comment on that, because I haven’t read those publications in detail,” Dr. Mike Ryan told an online briefing, adding it can sometimes several publications to determine a drug’s efficacy.

“Clearly we have the randomized control trials that are underway both in the U.K. and U.S., the ‘solidarity trials’ with WHO. Remdesivir is one of the drugs under observation in many of those trials. So I think a lot more data will come out,” he said, adding WHO hoped the drug and others currently undergoing trials might prove helpful in treating COVID-19.

Earlier in the day, U.S. scientists had revealed that a trial that involved 1,063 people and spanned 68 locations in the U.S., Europe and Asia showed that remdesivir could “block this virus.” It showed patients recovered about 30 percent faster than those on a placebo.

“The data shows that remdesivir has a clear-cut, significant, positive effect in diminishing the time to recovery,” Anthony Fauci, the top U.S. epidemiologist who oversaw the study, told reporters at the White House. The drug remdesivir appeared to have a “clear-cut” positive effect on reducing COVID-19 recovery time, he added.

Remdesivir had earlier failed in trials against the Ebola virus and a smaller study, released last week by WHO, found limited effects among patients in Wuhan, China, where the illness was first detected last year.

Globally, the virus has now infected more than 3,220,970 people, with over 228,250 reported deaths. Governments across the world have halted flights, locked down towns and cities and urged people to stay at home, but there are signs of easements to help shuttered economies recover. Overall, around 1,001,900 patients of the 3.2 million+ infected have recovered thus far.