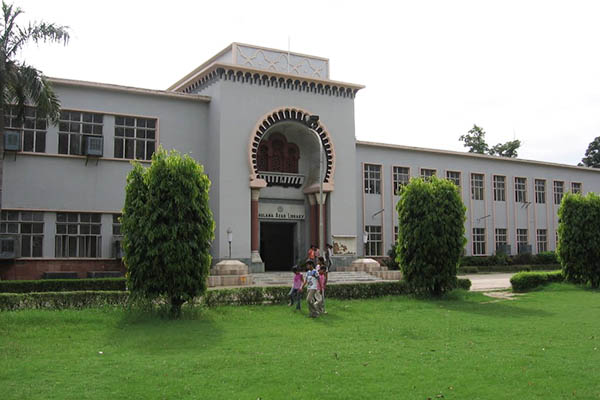 University administration claims the library would be overcrowded if both boys and girls were allowed to avail its facilities.

An academic at one of India’s oldest universities said Tuesday women were banned from its main library, as a minister joined the chorus of outrage against the institution for denying access over fears of “distracting” male students.

Shadab Bano, assistant professor at the Women’s College of the prestigious Aligarh Muslim University (AMU), said her students were shut out of the library with a steady variety of excuses. “We have been fighting for this for a long time. Every time we raise a demand, the authorities either give an evasive response or come up with strange reasons for not letting the girls inside,” she said. “Earlier they used to say that the road to the library is not safe for girls and now this,” she added.

Meanwhile, India’s education minister Smriti Irani voiced anger after a report in The Times of India newspaper pinned the blame on the attitude of the university’s Vice-Chancellor Zameeruddin Shah, who allegedly said there would be “four times more boys” in the library if women were permitted.

“As a woman such reports don’t just hurt you but make you angry as well,” Irani told reporters. “I have asked the higher education secretary for more details and clarification from the university. Such reports from an educational institution are insulting to our daughters,” she added.

The university’s decision was met with widespread condemnation. “And by your silly logic Mr. Vice-Chancellor, the Aligarh Muslim University should restrict the entry of girls in classrooms also,” said Yogendra Yadav, a leading politician, in a Twitter post.

A university spokesman said that the vice-chancellor’s remarks had been “misinterpreted.”

“He merely said that considering present infrastructure of the university, also allowing female students may lead to overcrowding of students inside the library,” Rahat Abrar, spokesman said. “It will be allowed once it is feasible … the Women’s college already has a nice library and the female students can use that,” he added.

AMU, in north India’s Uttar Pradesh state, has its roots in western-inspired schools established in the region more than 150 years back.