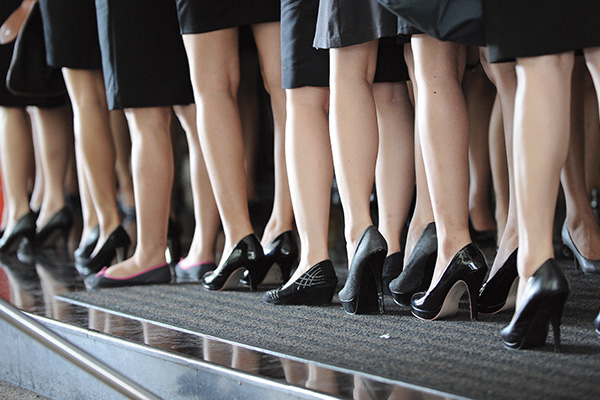 Women around the world are granted only three quarters of the legal rights enjoyed by men, often preventing them from getting jobs or opening businesses, the World Bank found in study published on Wednesday.

“If women have equal opportunities to reach their full potential, the world would not only be fairer, it would be more prosperous as well,” Kristalina Georgieva, the bank’s interim president, said in a statement.

While reforms in many countries are a step in the right direction, “2.7 billion women are still legally barred from having the same choice of jobs as men.”

The study included an index measuring gender disparities that was derived from data collected over a decade from 187 countries and using eight indicators to evaluate the balance of rights afforded to men and women. The report showed progress over the past 10 years, with the index rising to 75 from 70, out of a possible 100, as 131 countries have agreed to enact 274 reforms, adopting laws or regulations allowing greater inclusion of women.

Among the improvements, 35 countries have proposed laws against sexual harassment in the workplace, granting protections to an additional 2 billion women, while 22 nations have abolished restrictions that kept women out of certain industrial sectors.

Six nations—Belgium, Denmark, France, Latvia and Sweden—scored a 100, “meaning they give women and men equal legal rights in the measured areas,” the World Bank said. A decade ago, no economy had achieved a perfect score.

On the other hand, too many women still face discriminatory laws or regulations at every stage of their professional lives: 56 nations made no improvement over the last decade.

South Asia saw the greatest progress, although it still achieved a relatively low score of 58.36. It was followed by Southeast Asia and the Pacific, at 70.73 and 64.80, respectively. Latin-America and the Caribbean recorded the second highest scores among emerging and developing economies at 79.09.

Conversely, the Middle-East and North Africa posted the lowest score for gender equality at 47.37. The World Bank nevertheless pointed to encouraging changes, such as the introduction of laws against domestic violence, in particular in Algeria and Lebanon.