Home Lightbox A War on Halitosis

A War on Halitosis 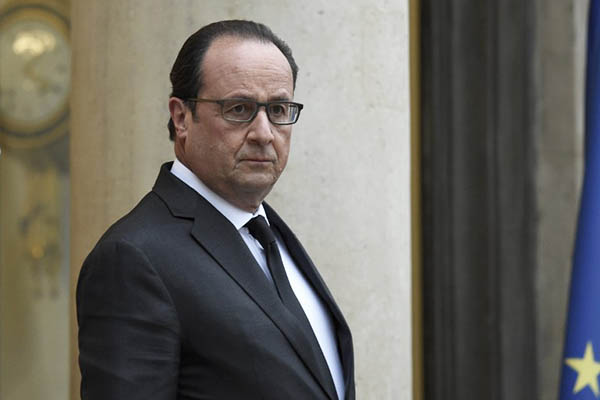 The global community must revise its policy on combating Islamic State forces in Syria.

On the evening of Nov. 20, the 15-member U.N. Security Council unanimously passed a resolution drafted by France that “warned that the Islamic State in Iraq and the Levant (ISIL), or Da’esh as it is also known, ‘has the capability and intention to carry out’ further strikes and called upon ‘Member States that have the capacity to do so to take all necessary measures, in compliance with international law, in particular international human rights, refugee and humanitarian law’ on its territory.”

The resolution, however, has not been passed under Chapter 7, which deals with Action with Respect to Threats to the Peace, Breaches of the Peace, and Acts of Aggression. The Chapter’s first article, 39, refers to the maintenance or restoration of “international peace and security”. This means that a resolution under Ch. 7 deals with collective security. France, however, says that it is already at war under Article 51 of the Charter, the last provision under Chapter 7, which deals with self-defense.

“Nothing in the present Charter shall impair the inherent right of individual or collective self-defense if an armed attack occurs against a Member of the United Nations, until the Security Council has taken measures necessary to maintain international peace and security. Measures taken by Members in the exercise of this right of self-defense shall be immediately reported to the Security Council and shall not in any way affect the authority and responsibility of the Security Council under the present Charter to take at any time such action as it deems necessary in order to maintain or restore international peace and security.” (italics added.)

It should be clear that while granting member states the right to self-defense, the Charter puts certain constraints on that right by stating unambiguously that any such measures shall in no way affect the authority and responsibility of the UNSC.

Further, Article 51 has to be read in conjunction with Article 2 (4) of the Charter which states that “All Members shall refrain in their international relations from the threat or use of force against the territorial integrity or political independence of any state, or in any other manner inconsistent with the Purposes of the United Nations.”

This is the law. Then there’s politics (force). History is the story of the tension between the two. Also, international law, unlike domestic law, is horizontal and not vertical. Its force is diluted by the provisions of ‘sovereignty’ and ‘consent’. Again, while sovereignty, in theory, is a trait of all states, equally, in reality the more powerful states are more sovereign than the weaker ones.

There’s an expanding corpus of literature on how powerful states have used the law and bent it to their advantage. Not just that, they have, as in the case of the United States’ use of drones, sought to put new constructs on existing provisions, in the process moving from lex lata (existing law) to lex ferenda (future law). The paradox is that in creating future law, to refer again to the U.S. arguments on the use of drones, Washington has sought to return to pre-U.N. Charter days. Such are the ironies.

While powerful states have generally brushed aside these technical-legal irritants when they fall on the wrong side of the law, they remain important. Why?

Simple: If the U.S. had not spurned these irritants and gone into Iraq in 2003 with an arbitrary ‘coalition of the willing’, there’s unlikely to have been an I.S. in that area today.

Back in Sept. 2001, it was Al Qaeda. A global war had to be waged to make the world safe. It was like waging war on halitosis. Today, as a consequence of that war, we see a bad problem going worse and becoming wicked. History is important, as is law, no matter how irritating, especially when past experience tells us to avoid compounding problems.

France, by referring to Article 51, despite the UNSC resolution, has conceded that it is already at war with I.S. Just to add to that, it hasn’t gone to war with I.S. post-Paris. The war came to Paris because France has been at war in Syria since the U.S.-led coalition decided to rid that country of Bashar al-Assad.

The minutiae, as you can see, are important. They are also a good way of preventing oneself from being swayed by the moment.

To be clear, I.S. does need to be destroyed. That fact cannot be gainsaid. That said, any policy must take a holistic view of the situation rather than acting like the blind men seeking to figure out an elephant. The last 14 years have seen a lot of tactics and stress on kinetic means. That hasn’t worked in the overall picture. Afghanistan is in disarray. Iraq stares the world in its face. Syria is destroyed. Libya has roving bandits everywhere. The list is growing.

The question to be asked is, why this is happening. That’s the tougher part and we are psychologically geared to take the line of least resistance which, in this case means more bombings and use of force with not much thought given to whether such use is also translating into utility of force.

The problem is historical, although it has added layers of complexity to it. The immediate requires firefighting, for sure, but the longer-term strategies need to fix the original sins.

First, we are in this for a long haul. As I noted last year for this newsmagazine, quoting Crow, the alter ego of Kafka Tamura in Haruki Murakami’s novel Kafka on the Shore, no war in this conflict will end all wars. This war will be a “perfect, self-contained being.”

Second, the kind of response we saw post-September 11, 2001 and what we are witnessing post-Paris is exactly the apocalyptic scenario these groups are looking for—a civilizational clash. A world that needs to come together, ironically, is a world that will continue to grow apart. The very values for which the world will fight, it will either abrogate or hold in abeyance to fight this fight.

Third, we will continue to dither. Take this as fact. What was stopping France and the U.S. from undertaking the bombing raids they are mounting now? Why are the oil tankers being hit only now? Because hell hadn’t visited Paris until a week ago? There’s irony even in operational responses.

What is the strategy now? Is this still a war against I.S. alone or against everyone? Russia’s Putin is no angel, nor is Assad. Yet, when one is dealing with a wicked problem, it makes sense to do a whiteboard exercise regarding priorities. There’s not just I.S. There’s also the Al Nusra Front. The thing to do is to untangle the web.

An essential rule in strategy says if you try to hold on to everything, you will be left holding nothing. Putin is clear on that point: fight everyone that’s fighting Assad. Regain territory. Cut off their supply lines. Restore order and then go for a transitional set-up and a political solution.

To me, notwithstanding Assad’s murderous tendencies, that seems like a much better plan because it might just be doable and the doable is generally more practical than hankering after the desirable and coming a cropper.

The U.S.-led coalition’s problem with Assad can’t be the lack of his democratic credentials. If that is indeed the case, what is the U.S. doing dealing with the House of Saud, arguably the closest in its Wahhabi ideology to I.S. and even Al Qaeda than any regime in the Muslim world?

The truth is, Assad and Hezbollah are two threats to Israel, that dog in the Middle East well that has contaminated the water for so long but which the U.S. just won’t take out of the well. It was Israel that wanted the U.S. to go into Iraq and push it did, leading Washington into that war. Now, it’s Assad. Libya, another threat to Tel Aviv, is also being destroyed by a civil war. The calculation is simple: while the Arabs continue to fight each other, Israel will be safe. Also, given the sectarian fault-line, Iran can only be checked by the Sunni world led by Saudi Arabia.

Nothing new in this Israeli thinking. It draws straight from Cardinal Richelieu’s playbook. The war Richelieu inflamed lasted 30 years. This one is already in its 15th. But the way war’s nature is changing, and with the advent of technologies that also empower individuals and groups, this strategy might just be the undoing of everyone.

the best ever i read so far about middle eastern conflict,actually, close to my opinion. I will read every piece crafted by this man ..thumbs up.