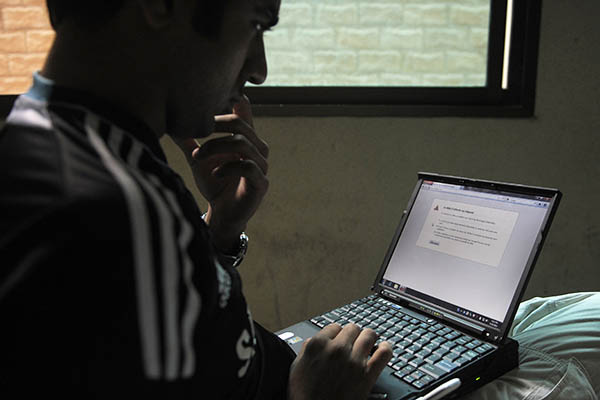 Critics question if private companies should be allowed to censor individuals

A sweeping crackdown by U.S. Internet and social media companies on neo-Nazi and white supremacist material has sparked warnings in America that the web’s grand promise of free speech is on the rocks.

Over the past week, Vanguard America, Daily Stormer and other such ultra-right racist groups and their members known for extremely violent and offensive postings and websites were essentially scrubbed from the public web. Major Internet companies took action after the groups came out in support of a violent right-wing rally in Charlottesville, Virginia that ended with the death of a counter-demonstrator and shocked the nation.

Daily Stormer and its founder Andrew Anglin, who openly promotes Adolf Hitler, saw web host GoDaddy shut their website. Google did the same after they moved. They were blocked a third time by another web host, after reopening with an ostensibly safe Russian domain name. Then Cloudflare, which provides an essential security service to millions of webhosts and sites, also said it would block Daily Stormer.

Others found their Facebook and Instagram accounts frozen. Google cut the app for social media site Gab, a favorite venue for far-right groups. And in one of the more ignominious moments, white supremacist Chris Cantwell was booted off dating site OkCupid on Thursday.

“At OkCupid, we take the truth of everyone’s inalienable rights very seriously,” said chief executive Elie Seidman. However, Seidman said, “the privilege of being in the OkCupid community does not extend to Nazis and supremacists.”

But such moves raise the question: should the private companies that control most web services have the power to make such decisions? Are the Internet and social media services now such an indelible part of our daily lives that people should have the right to make full use of them, like they do highways, electricity, and police protections?

Electronic Frontier Foundation, a leading think tank and lobby for civil liberties in the digital world, denounced what it called “dangerous” censorship by GoDaddy, Google and Cloudflare. “We must also recognize that on the Internet, any tactic used now to silence neo-Nazis will soon be used against others, including people whose opinions we agree with,” they said. “Protecting free speech is not something we do because we agree with all of the speech that gets protected. We do it because we believe that no one—not the government and not private commercial enterprises—should decide who gets to speak and who doesn’t.”

The action of Cloudflare was even more significant because of the centrality of its position on the web. When Cloudflare shut down Daily Stormer, Anglin was essentially forced to reopen Daily Stormer on the less easily accessed “dark web.” Cloudflare CEO Matthew Prince admitted the capricious nature of his decision in an email to staff, and the broader questions it raised.

“My rationale for making this decision was simple: the people behind the Daily Stormer are assholes and I’d had enough,” he said. “Literally, I woke up in a bad mood and decided someone shouldn’t be allowed on the Internet. No one should have that power,” he continued. “We need to have a conversation about who and how the content online is controlled.”

Gab, which resembles Twitter as a micro-blogging platform, was launched last year by libertarian free speech advocate Andrew Torba and has more than 200,000 users now, according to spokesman Utsav Sanduja. Much of its content has a strong right-wing bias, including openly white supremacist and neo-Nazi postings, though Sanduja says they have far-left users as well, and a lot of non-political content.

Nevertheless, it was a distinct surge in right-wing hate postings that led Google Play, the Android phone app store, to drop Gab last week. “Social networking apps need to demonstrate a sufficient level of moderation, including for content that encourages violence and advocates hate against groups of people,” a Google spokesperson told AFP.

Sanduja called it censorship pure and simple, noting that the U.S. Constitution unequivocally protects the right to free speech, even if deemed offensive. “Google, Apple, Twitter… the sheer amount of people on their sites makes them absolutely integral to the democratic process,” he argued. “The Supreme Court has ruled, hate speech is free speech, and it’s protected speech,” he said. “Gab is trying to ensure that users have these constitutionally afforded rights. These giant corporations are taking them away from people.”