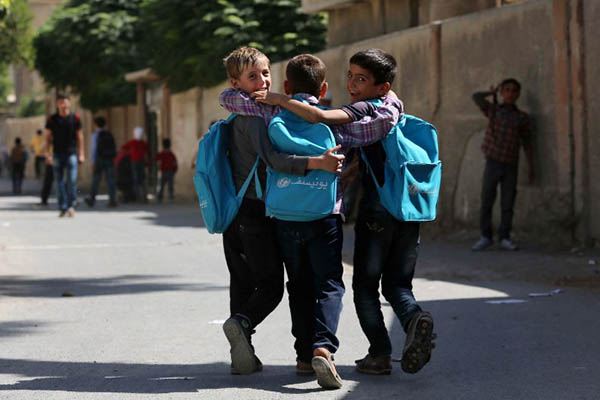 The United Nations joined the World Bank and four regional development banks on Friday to launch a plan to boost funding for education by $10 billion as new data shows a growing gap over access to schools.

About 260 million children worldwide are not in school, including 10 million who are refugees, according to an education commission set up in 2015 to boost investment in education. If this trend continues, half of the world’s children—400 million—will have no education beyond the age of 11 by the year 2030, said former British prime minister Gordon Brown, who is now the U.N. envoy for global education.

“The biggest divide in the world today is between the half of our future that are going to be educated, and the other half who are going to be left behind,” Brown told a news conference at U.N. headquarters in New York.

The United Nations has set a target in its global development agenda of providing primary and secondary education to all children by 2030.

U.N. Secretary-General Antonio Guterres said “we are far from reaching the needed amount of funding” to support education in poorer countries.

The education commission is in talks with 20 donor countries to contribute to the new International Finance Facility for Education, which aims at the outset to provide 20 million places in school.

The funding would be tied to reforms that would push countries to open up access to schools and commit a greater share of their own financial resources to education.

Guterres earlier welcomed Brown and a delegation of students from Asia and Africa at the United Nations, saying that “education should be the passion of every government.”

“We need to make sure that we have a very strong advocacy for decision-makers around the world to understand this priority,” said Guterres.