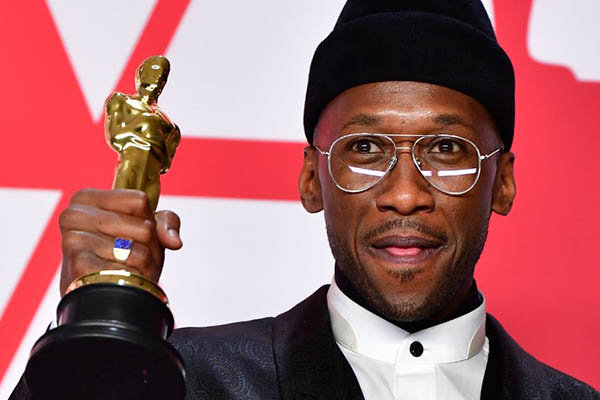 Civil rights dramedy Green Book, the tale of a celebrated black pianist who befriends his white driver as they tour the segregated American South in the 1960s, overcame controversy to claim Oscars gold.

The critically acclaimed film on Sunday snatched the coveted best picture Oscar to wrap up the Academy Awards—a bit of an upset over Alfonso Cuaron’s Roma, which had been the heavy favorite.

The top prize was the third statuette of the night for Green Book, which earned a total of five nominations. Mahershala Ali won the best supporting actor Oscar for his portrayal of pianist Don Shirley, who strikes up an unlikely friendship with driver Tony “Lip” Vallelonga (best actor nominee Viggo Mortensen).

“The whole story is about love. It’s about loving each other, despite our differences, and finding out the truth about who we are—we’re the same people,” said director Peter Farrelly. Green Book bested seven other films for top honors: Roma, superhero flick Black Panther, Spike Lee’s BlacKkKlansman, Queen biopic Bohemian Rhapsody, offbeat royal romp The Favourite, musical romance A Star Is Born, and Dick Cheney biopic Vice.

The film—co-written by Vallelonga’s son, Nick—explores race relations and identity as Shirley embarks on the tour and is forced to rely on his initially racist, ill-mannered Italian-American driver.

Mortensen put on 45 pounds to play Vallelonga, a family man whose opinions evolve as the film unfolds. The two men learn from each other as they confront stereotypes about themselves and others. Shirley and Lip remained friends—they both died in 2013.

The feel-good movie is named after The Negro Motorist Green Book, an annual guidebook that provided African-Americans advice on safe places to eat and sleep while traveling during segregation. An audience favorite, it racked up a number of accolades in the run-up to the Oscars, including a best musical/comedy film award at the Golden Globes and the top prize from the Producers Guild of America.

Ali received numerous statuettes as well as his Oscar, including a Golden Globe, a Bafta and a Screen Actors Guild award. But while the film has proven a crowd-pleaser, it has been embroiled in controversy since its premiere.

Shirley’s relatives, including his brother, have objected to the storyline, saying they were never consulted and have denounced the film as a “symphony of lies.” Shirley’s niece, Carol Shirley Kimble, blasted the movie as a “depiction of a white man’s version of a black man’s life.”

The film also became part of a wider debate in the United States about race, with many describing it as yet another “white savior movie” told through the lens of its white protagonist. “The Green Book is a black story and for a white man to steal that legacy and name for a film that has little or nothing to do with The Green Book is unacceptable,” Oscar-winning director Roger Ross Williams said in a Facebook post. “We have always had our stories and our history stolen from us and told through the lens of whiteness and this film is Hollywood’s latest example.”

Vallelonga has defended his work, saying it was based on stories his father told him about the tour. He also says Shirley advised him before his death not to speak to anyone else about his project.

“We were aware of the certain tropes, like the white savior trope—the white guy saves the black guy—as well as the black savior trope—the black guy saves the white guy,” Farrelly told Newsweek in November. “We were careful not to make this film either of those.” But then Farrelly and Nick Vallelonga attracted negative headlines themselves—the director for an apparent dirty practical joke he used to pull on sets, and Vallelonga for an anti-Muslim tweet.

Both apologized—and it seems that Oscar voters have forgiven them.

Below are all the winners in key Oscar categories: