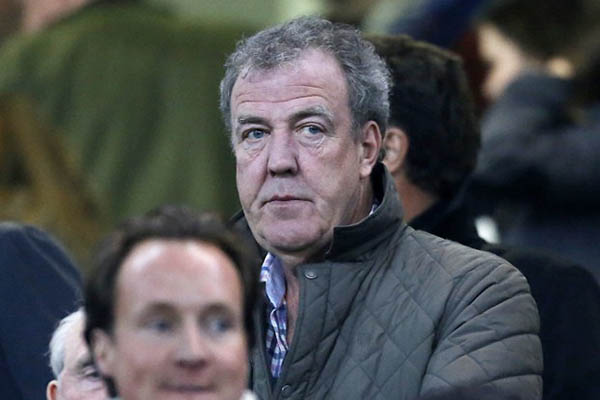 Hosts of motoring television shows rarely generate headlines, but the furor over the suspension of Top Gear host Jeremy Clarkson reveals much about British society and national broadcaster the BBC.

Clarkson, who was already on his last warning from the BBC, was suspended on Tuesday following a “fracas” with an assistant producer, which is now subject to an investigation. He hinted Saturday that he could be about to leave the broadcaster, calling himself a “dinosaur,” adding: “The day must come when you have to wave goodbye to the big monsters” in his column for the Sun newspaper.

To his supporters, Clarkson is a humorous, straight-talking man-of-the-people standing up to the petty bureaucracy and political correctness, which they blame for the country’s ills. In the eyes of his detractors, he is a boorish bigot who speaks only for out-of-touch white men and whose friendship with the country’s most powerful figures belies his anti-establishment posturing.

Caught in the middle is the BBC, for whom Clarkson has worked since 1988, turning Top Gear from a specialist program aimed at petrolheads into a weekly hit watched by five million people in Britain, around 40 percent of them female. It has also become a global hit with more than 350 million viewers in 214 countries and earns around £50 million in revenue each year for the broadcaster’s commercial arm, BBC Worldwide.

But the BBC now faces a dilemma over whether to keep its troublesome star or risk further trouble down the line. “It is a bureaucratic machine that must try to please everybody, because everybody pays for it,” said The Economist weekly, referring to the yearly license fee paid by British television viewers. In the short-term, it is likely to have to compensate foreign broadcasters for cancelling the remaining shows in the current series that was being filmed when Clarkson was suspended.

Uncertainly also looms over a sold-out live event in Stavanger, Norway, which is due to be held on March 27 and 28.

Many believe that commercial concerns have allowed Clarkson to stay on despite a series of controversies over race. Most damaging for Clarkson have been accusations of using the N-word while reciting an old nursery rhyme in leaked footage, something the presenter denied.

The show also drew controversy after a racially offensive Clarkson comment about an Asian man. Last year, the Top Gear crew including Clarkson fled Argentina after residents hurled stones at a Porsche they were driving whose license plates appeared to reference the Falklands War. Top Gear has also landed in hot water over its depictions of Albanians, Romanians and Germans, while the BBC apologized to Mexico after the show described Mexicans as “lazy” and “feckless.”

“His antics… suggest that he holds his employer in contempt and sees it as a bit of a mission, pushing the boundaries of what he sees as its political correctness,” said Deborah Orr, columnist with the left-leaning Guardian. “It’s time for a parting of the ways.”

A YouGov poll found that 45 percent of Britons think he should be sacked, although a petition calling for his reinstatement has already received over 800,000 signatures.

“I had the suspicion that they would get him, one of these days,” Liddle wrote.

But his opponents deride Clarkson’s image as an outsider, pointing to his connections in politics, media and show business. The group known as the “Chipping Norton set” after the town west of London where many live or have a home includes Prime Minister David Cameron, who has rallied to Clarkson’s defense, calling him “a great talent.”