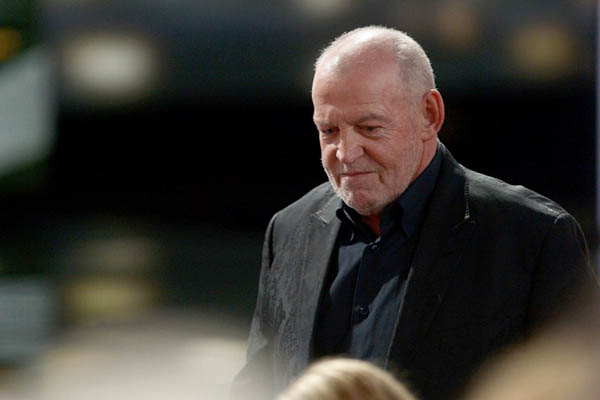 The ‘greatest soul voice of Britain’ was renowned for his cover of the Beatles’ ‘With a Little Help From My Friends.’

Legendary singer Joe Cocker, whose intense, gritty voice won him wide acclaim that spanned both rock and blues, has died at age 70, his agent said Monday.

Cocker, who started off playing to small audiences in pubs in his native England, gained fame when he jolted the 1969 Woodstock festival with his high-powered version of the Beatles’ “With a Little Help From My Friends”—one of rock’s most successful covers.

Cocker, who on stage would flail his arms so wildly that uninitiated crowds wondered if he had neurological problems, said in a 1971 movie about him, Mad Dogs and Englishmen, that music served as his release and mused that he could have been a murderer if he had not been a singer. But some of his biggest hits showed a gentler side, including the love ballad “You Are So Beautiful” and “Up Where We Belong,” a Grammy-winning 1982 duet with Jennifer Warnes that figured prominently in the movie An Officer and a Gentleman.

“He was without doubt the greatest rock/soul voice ever to come out of Britain,” his agent, Barrie Marshall, said in a statement announcing his death on Sunday evening.

Paul McCartney mourned Cocker as a “lovely guy who brought so much to the world.” The former Beatle said that he found Cocker’s version of “With a Little Help From My Friends” to be “mind-blowing.” The cover “totally turned the song into a soul anthem and I was forever grateful for him for doing that,” McCartney said.

Cocker suffered from lung cancer and died at his home in the small town of Crawford, Colorado, where he moved some 20 years ago, label Sony Music said.

Cocker had remained prolific, releasing his 22nd studio album in 2012. He moved to Colorado with his wife, who ran a children’s camp, as the rocker sobered up after a notoriously hard-partying youth, when his love for alcohol and drugs brought fears that he would be the latest star to die young. In 1972, Cocker and his bandmates were arrested in Australia for possession of marijuana and then ordered to leave the country due to a hotel brawl, triggering a debate in Australia about its drug laws.

At Woodstock, despite it being a carnival of counter-culture, Cocker recalled that promoters thought that the then unknown singer’s arm movements were too strange and brought attractive women onto the stage next to him to deflect attention. Another problem—Cocker had flown in on a separate helicopter and did not know that his entire band was tripping on LSD, he later told the U.S. rock DJ Redbeard. “I didn’t find out until later,” he said. “I thought they were all looking a bit frisky up there.”

But Cocker wound up taking the stage twice and also performed a cover of Ray Charles’ post-addiction song “Let’s Go Get Stoned.”

Cocker’s popularity came amid the rise of what was known, sometimes pejoratively, as the “blue-eyed soul” of white artists embracing a musical style identified with African Americans. Asked in an interview last year with Britain’s Guardian newspaper on how he feels the spirit of the blues, Cocker said: “It’s an emotion—a way of carrying an emotion. It’s a very simple format but I find myself leaning that way as I get older.”

He also sang Ray Charles’ “Unchain My Heart,” notably at the mammoth 1988 concert at London’s Wembley Stadium that drummed up support to free South Africa’s anti-apartheid icon Nelson Mandela on his 70th birthday.

More surprisingly, Cocker performed in 1989 at the inauguration of U.S. president George H. W. Bush. Cocker later said that he did not side politically with the Republican president but had hoped, unsuccessfully, that Bush would pardon him for drug offenses.

Cocker’s image as a voice of his generation was enhanced when The Wonder Years, a popular U.S. television show launched in 1988 that looked back fondly at the 1960s, chose his version of “With a Little Help From My Friends” as its theme song. The song was also inducted into the Grammy Hall of Fame and Cocker was knighted by Queen Elizabeth II. But despite the acclaim, Cocker never made it into the Rock and Roll Hall of Fame, an omission that some fans saw as a snub.

Billy Joel, performing “With a Little Help From My Friends” at New York’s Madison Square Garden in September in a tribute to the ailing Cocker, said he was “amazed” that the singer was not in the Hall of Fame.

Cocker is survived by his wife, Pam Cocker, a step-daughter and two grandchildren. The family plans a private service.