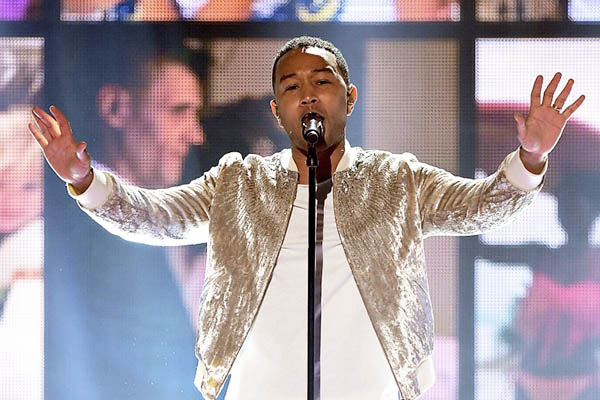 John Legend has become known as a modern master of the ballad, probing the emotional depths behind love and discovering the darkness that lurks nearby.

Releasing his fifth studio album on Friday, Legend stretches into new musical territory as he subtly broadens his conception of ballads, injecting elements of funk and rap. The new album is entitled Darkness and Light but instead of representing some sort of tug-of-war between the two forces, Legend sees them as intertwined—no love song is spared from a touch of melancholy.

The first single off the album, “Love Me Now,” is among the most rocking on the album, with a beat bringing uplift—in contrast to Legend’s biggest hit, 2013’s heartrending “All of Me.” Yet “Love Me Now” also has an undercurrent of loss, even as Legend implores the listener to celebrate the joys of the moment.

“I don’t know who’s gonna kiss you when I’m gone / So I’m gonna love you now like it’s all I have,” Legend sings.

The album comes at a new stage of life for the 37-year-old Legend. A musical prodigy whose talents brought him an Ivy League education and a steady ascent through the music business, Legend recently became a father with his wife, the model Chrissy Teigen.

Legend dedicates “Right By You,” a piano number with a smoky jazz backdrop, to his daughter Luna as he promises to care for her but wonders about her future and that of the world. “You see, love contains a meaning of despair,” Legend warns his daughter, his mellifluous voice backed by strings. “Will we do right by you? Will you have what you require to make your days on this Earth be not so dire?”

The reflective tone of Darkness and Light may come as a surprise to those who know Legend more for his politics.

Long active on global anti-poverty efforts, Legend in the past two years has emerged as one of the most prominent artist advocates of the Black Lives Matter movement and has been a vociferous critic of President-elect Donald Trump. Legend shared an Oscar last year with rapper Common for co-writing the song “Glory,” the theme to the civil rights movement drama Selma.

Legend’s latest album is political only on a close reading. Legend—raised in humble surroundings in working-class Springfield, Ohio—portrays a struggling city that finally makes the television news on “Penthouse Floor.”

“Once you’re above the city lights / Won’t want to spend another night down there on your own,” Legend sings, casting escapism as the American dream. “Penthouse Floor” brings in an all-star cast including a lengthy passage by Chance the Rapper. Legend co-wrote the song with Greg Kurstin, the producer best known for Adele’s blockbuster single “Hello.”

Also credited on “Penthouse Floor” are Sia and Beck, the alternative rock icon who can be felt on the song’s funky bass line and guitar licks.

Other collaborators on Darkness and Light include Alabama Shakes frontwoman Brittany Howard, who refines her famously forceful voice to complement Legend’s falsetto on the title track.

Legend is at his most introspective at the very start of the album on “I Know Better.” To the sound of church organs, he vows never to forget his roots.

“Legend is just a name,” sings the man born as John Stephens. “I know better than to be so proud.”

Tupac Shakur Lives On—20 Years After His Death