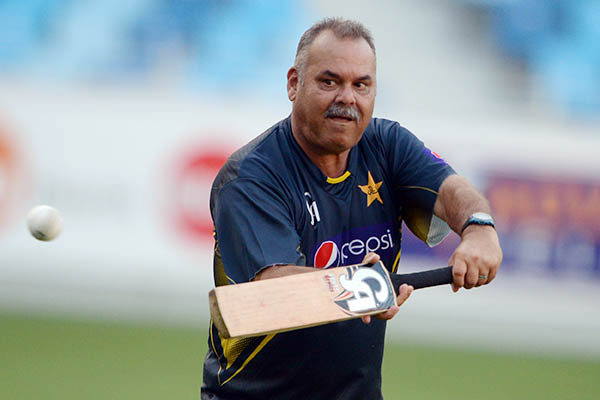 Australian Dav Whatmore is not seeking an extension to his contract, according to a PCB statement.

Coach Dav Whatmore will leave his job at the end of February, the Pakistan Cricket Board said Tuesday, claiming a mutual agreement had been reached not to extend his contract.

The 59-year-old former Australian batsman, who took over in March 2012, has faced mounting criticism over Pakistan’s dismal run of results in recent months, with ex-players regularly calling for him to go.

Pakistan went down by 117 runs to South Africa in Sharjah on Monday, completing a 4-1 defeat in their one-day series. The Proteas have given Pakistan a torrid time in 2013, beating them 3-0 in Tests and 3-2 in one-day internationals in South Africa in February and March.

Under Whatmore, who led Sri Lanka to their World Cup victory in 1996, Pakistan have not won a single Test series and the Pakistan Cricket Board’s interim chairman admitted on Friday he was under pressure to sack him. But the board said Whatmore had decided not to seek an extension to his contract, which expires at the end of February. “Whatmore had informed the PCB that he would not be seeking a renewal of his contract due to his personal and family reasons,” said a PCB release. “Under the circumstances, the PCB and Whatmore have mutually agreed to conclude the contract on Feb. 28, 2014.”

Whatmore’s last assignment will be a series against Sri Lanka in the United Arab Emirates in December and January. Former paceman and coach Waqar Younis and former captain Moin Khan are in the running to replace him.