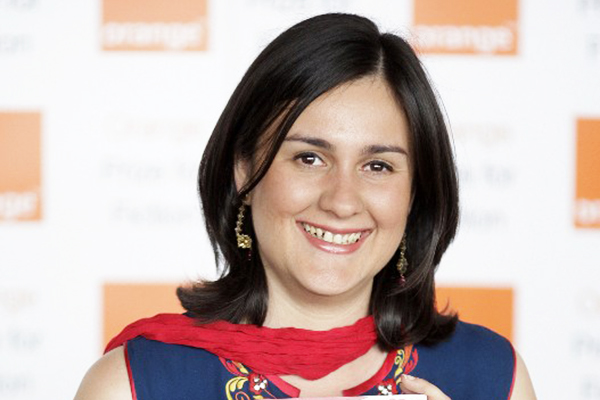 Judges gave Shamsie, who was required to be a U.K. citizen for eligibility, special consideration.

Granta magazine announced its list of Britain’s 20 best novelists under the age of 40 on Monday. Pakistan’s Kamila Shamsie is among them. Dominated by women (who account for 12 out of 20 honorees), the list also features authors of Bangladeshi, Chinese, and Nigerian origin.

“Just announced on BBC Radio 4 program [Front Row] that Kamila is one of Granta’s Best of Young British Novelists under 40,” Kamila’s mother, author Muneeza Shamsie posted on Facebook. “It’s official,” Kamila tweeted after the announcement, “I’m about as old as a writer can be while young.”

The list, which is issued once in a decade, has previously included Martin Amis, Salman Rushdie, Alan Hollinghurst, and Jeanette Winterson. This is Granta’s fourth such list, the first came out in 1983. The announcement accompanies the publication of Granta 123: the Best of Young British Novelists 4, which features stories from each of the 20 novelists on the latest list. Granta and the British Council are scheduled to take these authors on the road for readings and talks in 10 countries, including Qatar and India.

The 2013 list was finalized by judges John Freeman, Ellah Allfrey, Romesh Gunesekera, Stuart Kelly, A. L. Kennedy, Sigrid Rausing, and Gaby Wood, who looked at more than 150 authors and their works. Candidates under consideration were required to be U.K. citizens, under the age of 40 on April 15, 2013, and to have published or been under contract to publish a book. The deadline for submissions was Sept. 15, 2012. Judging concluded on Jan. 7.

Shamsie, who is in the process of acquiring British citizenship, was given special consideration by the judging panel and not excluded for technically not being a U.K. citizen.

Founded by Cambridge University students in 1889 and named for the river that runs through the town, Granta magazine was the first to publish the works of authors like Ted Hughes and Sylvia Plath who went on to literary stardom. After fighting bankruptcy, Granta reemerged in 1979. Its website says the magazine “does not have a political or literary manifesto, but it does have a belief in the power and urgency of the story, both in fiction and nonfiction, and the story’s supreme ability to describe, illuminate and make real.” In 2010, Granta published a special edition celebrating writing from Pakistan.

The Best of Young British Novelists 2013:

Cogratulations for being among 20 prominent women