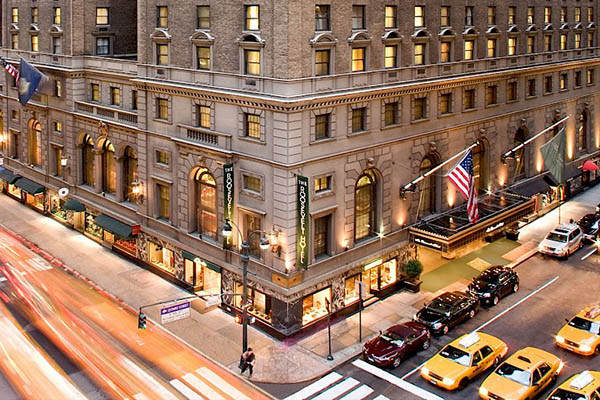 Valued at over $1 billion, it is likely the property will be redeveloped into a mixed-use office space

The Roosevelt Hotel, a property of state-run Pakistan International Airlines (PIA) located in Manhattan, New York, on Thursday confirmed that it was shutting down its operations permanently from Oct. 31.

“Due to the current economic impacts, after almost 100 years of welcoming guests to The Grand Dame of New York, The Roosevelt Hotel, is regretfully closing its doors permanently as of Oct. 31, 2020,” read the announcement posted on the hotel’s official website. “We have enjoyed being as much a part of our guests’ stories as we have been an integral part of the history of Midtown Manhattan since 1924,” it said, adding that management was working to provide “alternative accommodations” for guests who had already booked reservations beyond the last day of operations.

The building’s current value is estimated at over $1 billion. Sources within PIA have suggested the government is hoping to either sell the property altogether or convert the hotel into a mixed-use office tower with residential and retail areas.

The incumbent government has long advocated privatizing the hotel, but in July 2020, the Cabinet Committee on Privatization decided against this, saying it should be operated as part of a joint venture. It is unclear which individual or company this joint venture would be with. According to the minutes of the committee meeting, the Privatization Commission was tasked with hiring the services of a financial adviser to seek out investors.

The Roosevelt Hotel opened on Sept. 23, 1924 and was leased by PIA in 1979 through its investment arm, PIA Investments Ltd., with an option to purchase the building after 20 years. In 1999, PIA exercised its option and bought the hotel for $36.5 million. In 2005, the state-run airline bought out its Saudi partner in the deal with $40 million and PIA’s share in the Riyadh Minhal Hotel. PIA also received a share in Paris’ Hotel Scribe as part of the deal.