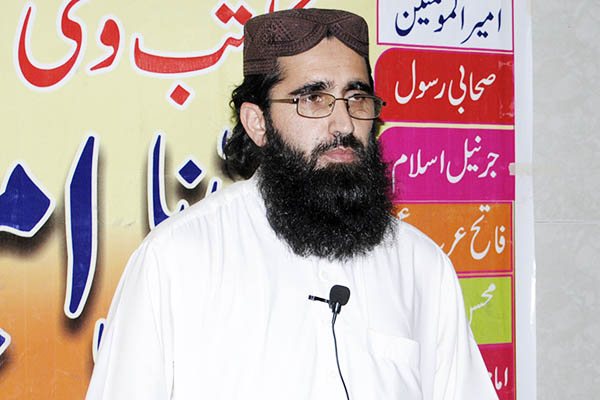 Mufti Tanveer Alam Farooqi has also been fined Rs. 50,000 by an anti-terrorism court in Rawalpindi.

An Anti-Terrorism Court on Monday sentenced a former leader of a banned sectarian party to six months in jail for hate speech, part of a crackdown after last year’s deadly Peshawar school attack.

Pakistan had previously tolerated several sectarian organizations, but has taken action this year as part of its National Action Plan to counter terrorism after a Taliban attack killed 153 people at a Peshawar school.

Mufti Tanveer Alam Farooqi, a former leader in the anti-Shia Ahle Sunnat Wal Jamaat (ASWJ), was jailed for six months and fined Rs. 50,000 by the court in Rawalpindi, according to an official there.

ASWJ is considered to be the political face of extremist group Lashkar-e-Jhangvi (LeJ), behind numerous bloody attacks on minority Shia Muslims. ASJW was officially banned in 2012 but had previously been allowed to operate freely, holding rallies and gatherings across the country.

Authorities had also been accused of quietly tolerating LeJ until July, when the organization’s leadership was wiped out in a battle with police near Lahore.