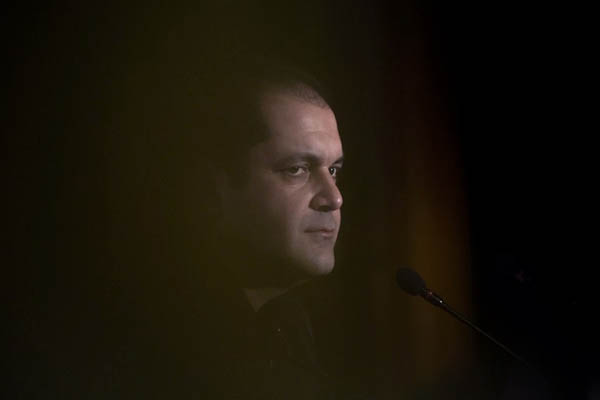 Participants at annual Web Summit in Lisbon hope president-elect’s campaign rhetoric will not match his actions in office.

Voicing profane outbursts and outlandish calls for California to secede, tech industry pioneers are in shock over Donald Trump’s election triumph, anguished in particular about what it means for immigration and innovation.

A community known for its utopian optimism—and close relationship to President Barack Obama’s departing administration—has turned to dark brooding in Lisbon where Trump’s astonishing win has cast a pall on the annual Web Summit gathering of industry leaders, venture capitalists and startup hopefuls. Some cling to the hope that once in the White House, the Republican will jettison the tub-thumping populism that drove him to victory this week over Hillary Clinton.

“I am still processing it myself,” said Alexis Ohanian, co-founder of the social news aggregator Reddit, whose own mother was an undocumented migrant to the United States. “My hope is the actions of President Trump do not mirror the rhetoric of candidate Trump when it comes to a lot of the policy discussions, especially when it comes to immigration,” he said on Thursday.

The topic of immigration has been a frequent refrain from Silicon Valley, which relies in part on foreign software coders, engineers and fledgling entrepreneurs to power much of its innovation and growth. “I want this country to be as attractive as possible for entrepreneurs… and that’s the biggest threat that I would see,” Ohanian said.

The implications of a Trump administration for tax policy and trade have also been aired repeatedly at the Web Summit. “It impacts supply chain potentially, especially with our relations with China, where so much of our hardware is being manufactured,” said investor Tony Conrad, founder of the about.me blog site.

During the Obama administration, social media, smartphones and streaming of entertainment have come to define people’s lifestyles. The Democrat’s White House was seen as particularly sympathetic to Silicon Valley, obliging its priorities in tax, trade and issues such as “net neutrality.” That ensures a level playing field for digital content providers against the demands of telecom firms, which want to charge them more than ordinary Internet users.

Clinton had overwhelming support from tech donors and, according to hacked emails published last month by WikiLeaks, even considered tapping Apple chief executive Tim Cook to be her vice presidential running mate.

Trump threatens to upend the cozy relationship, and some in the tech realm are not holding back with their rage in Lisbon. “I’m ashamed. I’m angry,” tech venture capitalist Dave McClure told thousands of attendees at one panel. “This whole election is a goddamn travesty. We shouldn’t just sit up here and act like nothing just fucking happened.”

Shervin Pishevar of Hyperloop, which is developing a personal transport system that would ferry passengers at nearly supersonic speed, anticipated McClure’s call to arms. He has announced funding for a new campaign for California—the world’s sixth-biggest economy—to divorce from the rest of the United States.

“We’re serious about this,” he told AFP in Lisbon, vowing further announcements to come on the “Calexit” front, as anti-Trump protesters blocked a major highway near downtown Los Angeles. But there is also soul-searching as some in the tech and business worlds ponder whether they could have done more to negate Trump’s fiery appeal to those who have lost out from globalization.

Bob Greifeld, chief executive of the tech-rich Nasdaq stock market, said Trump’s election and Britain’s “Brexit” vote to quit the European Union were a wake-up call. “We’re dealing in a time which is fundamentally anti-trade, anti-globalization, and we in the business community obviously have to do a better job communicating the benefits of that because broad swathes of the population are not buying into the message,” he said on Wednesday.

But Greifeld also anticipated a greater realism from the new president, and said the U.S. constitution’s separation of powers would restrain his wilder campaign promises. “He’s being elected as president, not as a dictator.”